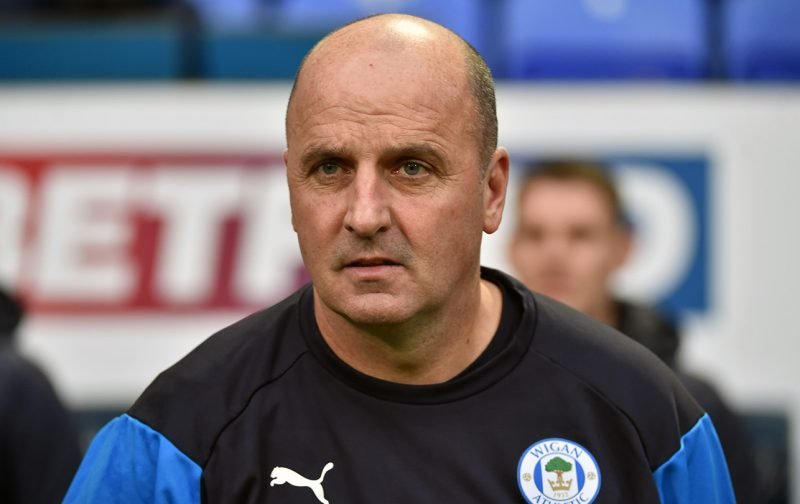 Wigan Athletic manager Paul Cook says his side must remain only focused on themselves in their battle for Championship survival.

The Latics are 21st in the second-tier, two-points and a place above the drop zone and relegation rivals Rotherham United with four fixtures left to play ahead of their Good Friday trip to Elland Road where promotion-chasing Leeds United await.

While Cook has been left to rue missed opportunities from his squad to move clear of the bottom three, he believes that his players must concentrate on what they can control as they aim to retain their league status.

Cook said: “Unfortunately for us with the two-point gap, it is not enough so we now have to go into every game not looking at the results of our rivals and doing everything else but by the time it breaks down, we can only look after ourselves and what we do.

“I think for a period now we have been in that relegation fight and what we haven’t done in games where we’ve had the options and opportunity to pull ourselves clear, Derby away, Hull away, Bristol City away, Brentford at home which we haven’t done.

“In those games we haven’t got the three-points that would have seen us jump to a gap, if you had a five or six-point gap now, I actually believe that it would be enough for us with the games that we have left.

“If we win on Friday, then one thing is for sure, we won’t be in a worse position in the league.” 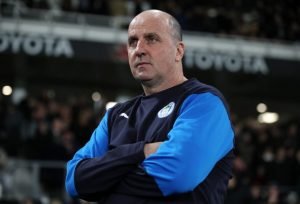 Paul Cook wants his Wigan side to only focus on themselves: Credit: Wigan Athletic

Liverpudlian Cook, 52, is fully aware of the tough task that Wigan will be up against when they travel over the Pennines to West Yorkshire to face Marcelo Bielsa’s Whites.

Leeds currently occupy second in the division behind leaders Norwich City and are three-points above third-placed Sheffield United in the race to play Premier League football come the start of next season.

Wigan have won just one of their 21 away games to date this term, a 3-0 triumph at Stoke City, back in August.

Cook added: “It’s great to see a club like Leeds doing well so far, the crowd is their friend with the atmosphere at Elland Road but for us it is a totally different story in terms of going across tomorrow and wanting do justice for our fans and travelling support so it will be a tough game, we’re under no illusion about that but it is a game we are looking forward to.

“It’s a game where no-one will give us a chance but that’s football, it will be tough against a very good Leeds side, but our lads will go their believing that we can win.”