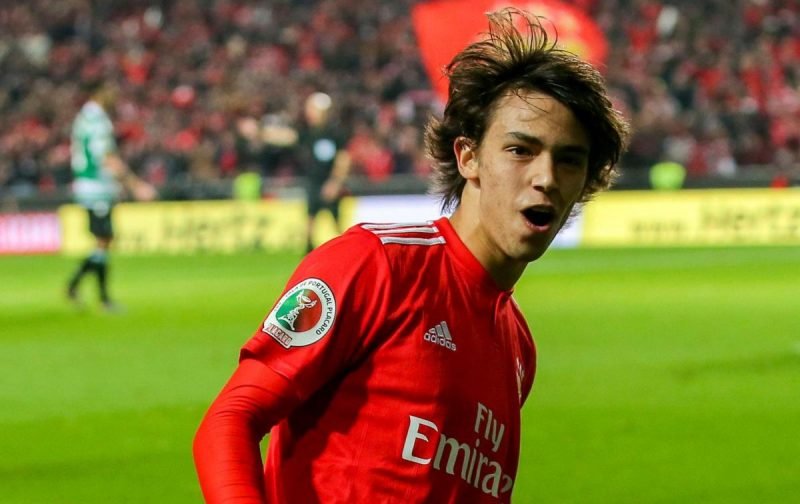 Wolverhampton Wanderers are leading Manchester United in the race to sign Benfica starlet Joao Felix, according to The Sun.

It is reported that the Black Country club are favourites to sign the 19-year-old forward, but will face competition from the Red Devils.

Considering Wolves’ links to super-agent and representative of Felix, Jorge Mendes, it would not be surprising to see the playmaker join the club’s Portuguese contingent in the summer.

But with United alongside a host of other top European clubs also thought to be monitoring the player, the Midlands outfit may struggle to compete with the financial muscle of rival bidders.

With Juan Mata set to leave Old Trafford when his contract expires in June, the 20-time champions of England are said to be weighing up a swoop for £50million-rated Felix as a possible replacement for the Spaniard.

The Portugal Under-21 international has had an impressive debut season in Benfica’s first-team, scoring seven goals and providing three assists in 13 league games.

After being released by Primeira Liga outfit FC Porto aged 14 due to his diminutive stature, he joined second tier side Padroense for one season, eventually signing for the Lisbon giants in 2016.

Contracted with Benfica until 2023, Felix has earned comparisons to Portuguese icon Rui Costa thanks to his technical capabilities.