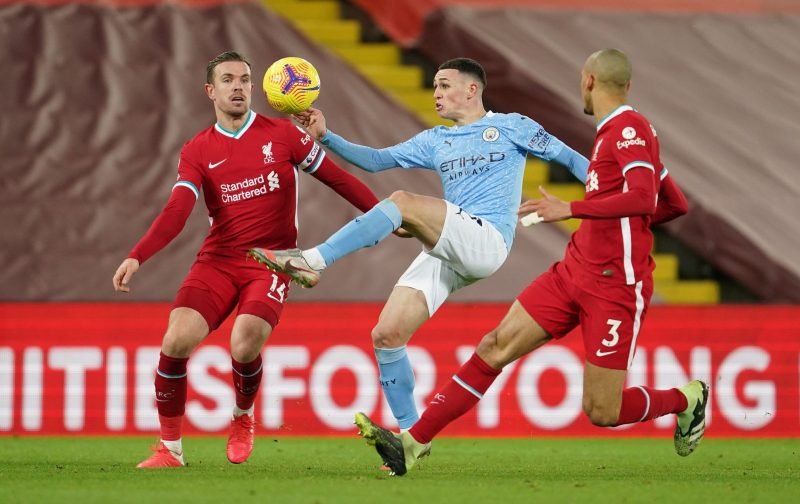 Although Manchester City are beginning to run away at the top of the Premier League, with a five-point advantage and a game in hand over second-placed Manchester United, a 4-1 win at Anfield is always a shock result.

Remarkably, after not losing a top-flight game on their home ground in nearly four years, the Reds have now lost three on the bounce – and that’s partly thanks to a world-class performance from 20-year-old Phil Foden.

The Stockport-born maestro has excelled under Pep Guardiola’s guidance and this season particularly caught the eye of England fans and fans the world over.

However, he probably didn’t expect to receive a direct tweet from a World Cup and European Championship winning icon, Carles Puyol.

The three-time Champions League winner tweeted: “Vaya jugadorazo @PhilFoden” – which translates to ‘What a great player.’ 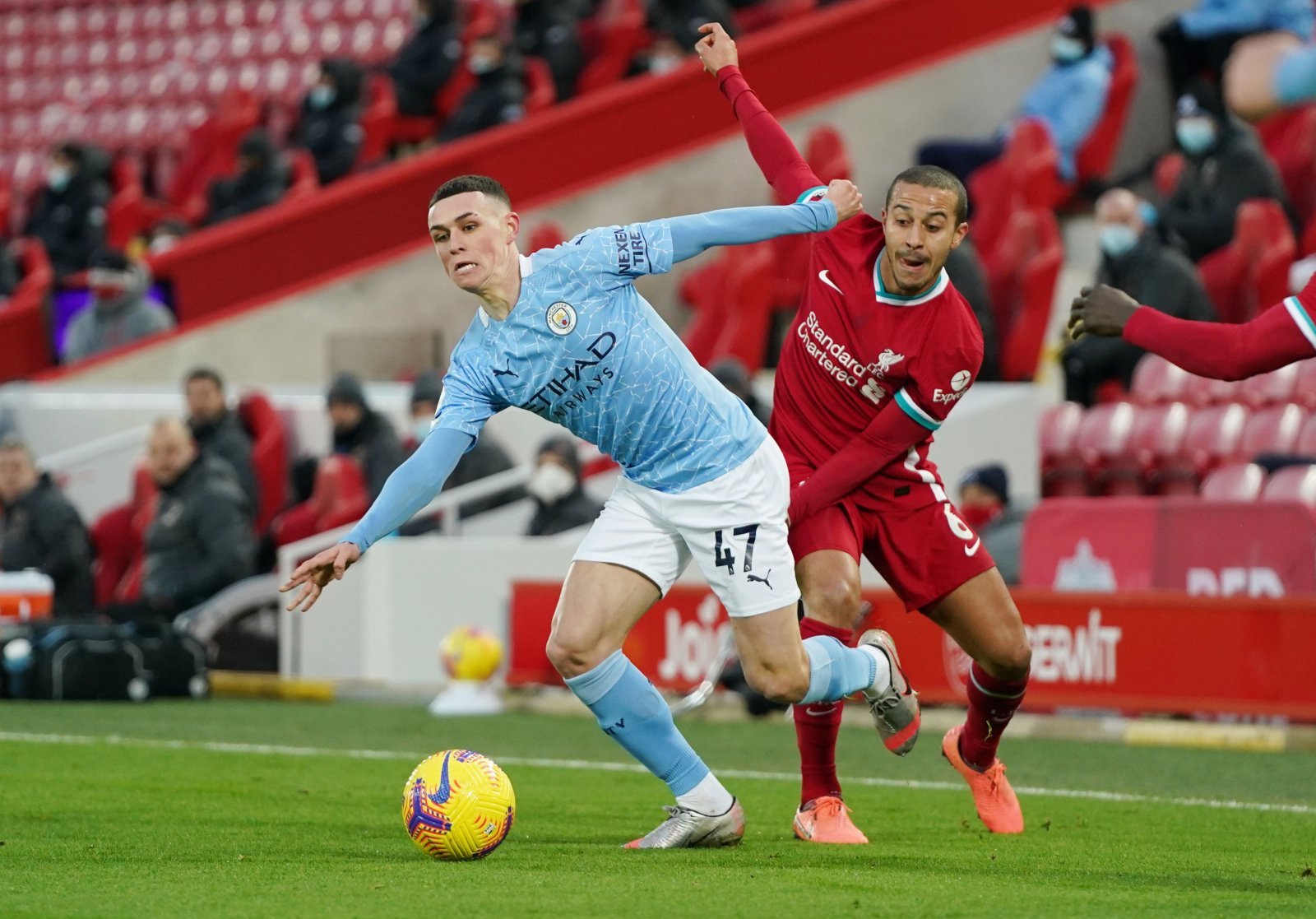 After yet another impressive performance, Carles Puyol won’t be alone in his assessment of Phil Foden as a ‘great player’

It’s easy to see the appeal, though, after Foden’s play set up one goal indirectly through a rebounded shot, resulted in one assist and the wonder-kid lashed a vicious shot home to seal all three points after a lively second-half which featured five goals.

Foden has played 17 times in the league this season, scoring five goals and assisting on three occasions – and he already has 58 Premier League appearances under his belt, winning 49 of them.

The former Barcelona captain, Puyol, was clearly invested in Sunday’s game, though, sending out three different tweets regarding the meeting between his old boss Guardiola and the Premer League champions – and he will no doubt have been impressed by England’s new shining starlet.

With The Citizens and Barca both still in the Champions League Round of 16 facing Borussia Monchengladbach and Paris Saint-Germain respectively, could Foden yet have an opportunity to light up another famous old stadium in the shape of the Camp Nou?