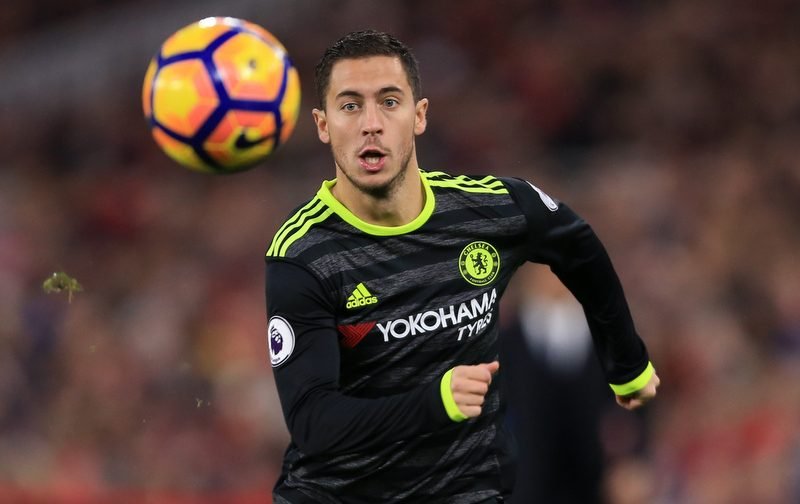 Premier League leaders Chelsea re-established their ten-point lead at the top courtesy of a 2-1 victory over West Ham on Monday night.

Antonio Conte’s men saw both Tottenham and Manchester City win over the weekend to cut the gap to the leaders, yet goals from Eden Hazard and Diego Costa secured the three points for the Blues, with Manuel Lanzini’s late strike nothing more than a consolation for the Hammers.

It means that Chelsea once again go ten points clear at the top, but with only 11 games left, it’s going to be difficult for any side to stop them winning a fifth title in 12 years.

Despite there still being much to play for between now and May, speculation has already built about who the Blues may look to sign in the summer, and indeed which of their stars could be subject to interest this month.

And one of the latter is Hazard, who has in the last few days been linked with a move to Spanish giants Real Madrid after a stellar season at Stamford Bridge, in which he has netted 11 times in 30 games.

So, with Hazard potentially on his way in the summer, Chelsea will have to find someone to compensate for his goals and assists, and thus here are THREE stars who could replace the Belgian at the club…