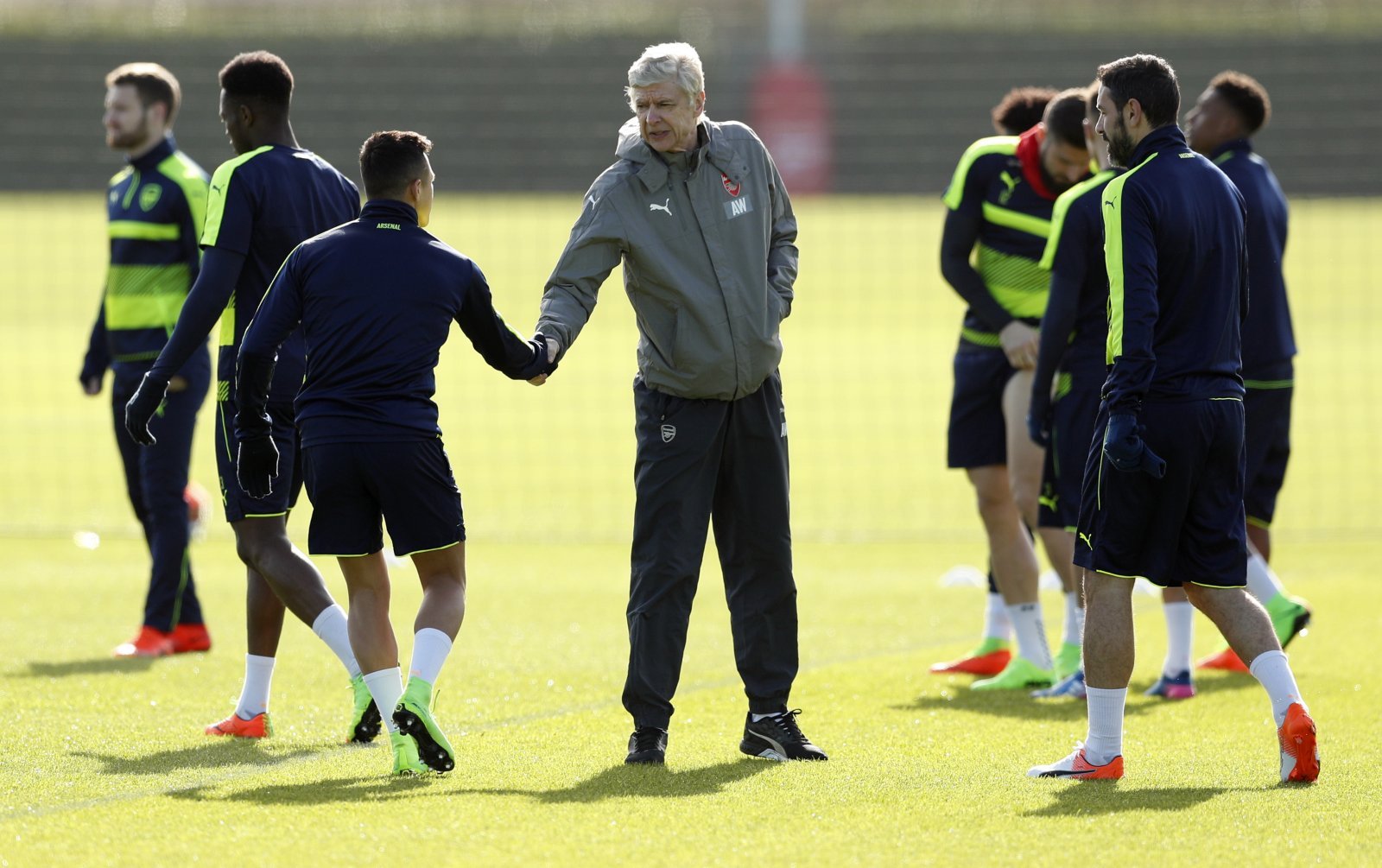 Alexis Sanchez was dropped from the Arsenal starting eleven in the 3-1 defeat at Liverpool on Saturday, with it reported that a training ground row between him and some of his Gunners teammates was the reason for his de-selection.

However, the 28-year-old was seen shaking hands with manager Arsene Wenger in training on Monday and the Gunners boss has since quashed the reports of issues on the training ground, which all points to the Chilean international returning to the side against Bayern.

And with the way Sanchez has been playing this season, he could help inspire Arsenal to an unlikely victory.

The forward has scored 17 goals and laid on nine assists in the Premier League this term, and it was he who looked the most threatening Arsenal player in their defeat at the Allianz Arena three weeks ago.

He should be fresh and raring to go, and that could spell danger for the Bayern backline.