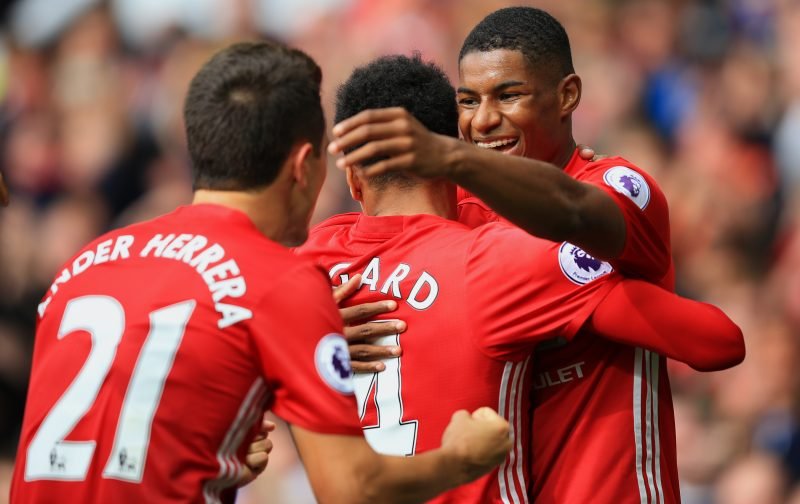 Manchester United will go in search of a sixth League Cup title this afternoon when they meet Southampton at Wembley (4.30pm kick-off).

Jose Mourinho’s men have got past Manchester City, West Ham, and Hull en route to this afternoon’s showpiece, and are currently embarking on an excellent run of form.

The Red Devils have won their last five games in all competitions, the latest of which coming on Wednesday away at Saint-Etienne in the Europa League, and have lost just once in their last 25 matches.

That dates back to the start of November, and since then United have reached this afternoon’s final, have reached the last 16 of the Europa League and last eight of the FA Cup, as well as closing the gap on the Premier League’s top four to just two points with 13 games remaining.

Victory for United today would be Mourinho’s fourth League Cup title, and the club’s first since 2010 when they beat Aston Villa 2-1 in the final under Sir Alex Ferguson.

So, with the build-up well underway ahead of today’s clash at Wembley, here are THREE reasons why United will win the League Cup this afternoon…