‘A Man For All Seasons’: Brian Owen the man FOUR all occasions 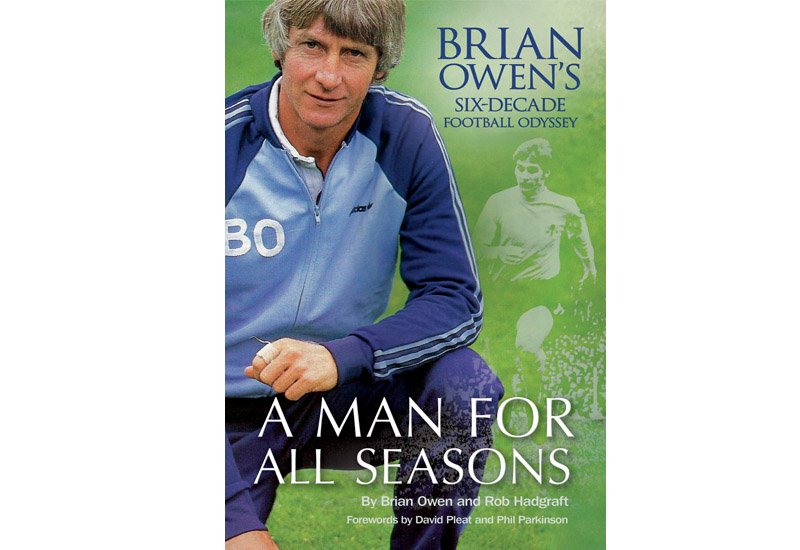 Young aspiring boys and girls would travel the length and breadths of the Earth to make their dreams of becoming a professional footballer a reality.

However, I bet most of you have never heard of the local footballing legend that sustained a remarkable 55-year career in professional football by becoming a player, coach, scout AND a physiotherapist.

Meet Brian Owen. One man; the only man, to ever accomplish this incredible feat. He will, apart from current Sheffield United boss Nigel Adkins, perhaps be the first and last individual to achieve such a record.

Born in Harefield, Middlesex, in 1944; the football-mad child began an unimaginable journey that no one else has replicated to this very day.

After racking up an impressive 300 first-team appearances at Watford, Colchester United and Wolverhampton Wanderers; Brian made the wise decision to start gaining his qualification badges in coaching and physiotherapy respectively after persistent injury problems curtailed his playing days early.

From pitch side to touchline, he quickly became renowned as of the best ‘backroom boys’ in English football, as narrated in the release of his latest autobiography, ‘A Man For All Seasons’.

Throughout the past 60 years, Brian has earned a living playing for more than a dozen professional clubs, having coached at several teams, been appointed physiotherapist at familiar grounds and helped shape the future of the national game by working with the Football Association at youth rank levels, all the way up to the senior squad.

But despite holding such an unusual tag, Brian was never aware he could be the only man to have held all four positions within the professional game.

“That never occurred to me over the years,” he admitted.

“I ended up playing and coaching in every division. I thought, ‘Well, that is unusual’.

“I have got a little shack at the end of my garden where I suddenly thought that I really ought to do a book about my unusual career path in football before I start forgetting them!”

Brian, who has four children and 14 grandchildren, recalls how he came about writing his life story.

“I played in every position, bar the goalkeeper. So I thought yeah, that will make a good book!

“So I got a dictaphone and just tried to remember what I could. Then I spoke to Rob [Hadgraft] about writing it into book form.

“He has been brilliant going back over the years and through all the papers to make it into a very readable book.”

Released on December 21, 2015, Owen reveals some of the most extraordinary anecdotes he witnessed behind the scenes during his admirable adventures in professional football.

“One of the most interesting stories was when Don Revie resigned [as England manager],” he added.

“Me and Les Cocker (assistant manager) were on a tour of Norway and we were in a hotel when the phone rang.

“It was Don ringing Les to tell him that he had resigned. I was just sat there with both of them in tears!”

Having observed what the pressures of becoming national team head coach can have on someone, Brian even recalled the time he tried to talk the legendary Sir Bobby Robson out of taking up the England post back in 1982.

He said, “I remember telling him, ‘Bob; you are like a God at Ipswich [Town]. Why do you want to take this on?’

“You will get so much hassle from the press. It is not worth it. You have got a job for life at Ipswich.

“But I always knew he wanted to be the top man.”

Having faced every single possible scenario during his journey from a young highly-rated winger to writing his name in English football backroom folklore, Brian believes the opportunity for someone else to mirror his exceptional career path of becoming a player, coach, physiotherapist and a scout has been drowned out by the amount of pressure brought on by the large sums of money modern day game.

“It has got ridiculous,” said Brian.

“Top English managers are being lost in the game because they simply don’t have to do it anymore. They have already got enough money.

“It is sad because it spoils a lot of young players before they have really made an impact on the game.

“I always thought Harry Kane might have been lost to the lower divisions if Tim Sherwood had not of been given the [Tottenham] job.

“If you are the manager, you need results week in week out. It is easy just to go out and get a senior international. But Tim saw someone who had come through the club.

“That was a lucky break for England!”

Alongside the rapid rise in players’ pay packets, Brian admits twenty-first century science and technology has seen footballers’ abilities eclipse the benchmark standard he faced when he started out his playing career as an apprentice back in 1961.

Brian, who played against the legendary likes of George Best and Sir Bobby Charlton, compared the recent FIFA Ballon d’Or finalists to emphasis his point.

“The science that has gone into football now has taken it to another level,” he said.

“[Cristiano] Ronaldo has got everything. [Lionel] Messi has got that tremendous balance and pace. But you couldn’t pick one out!

“Ronaldo; as an all-round player, is probably as good as anyone has ever seen.”