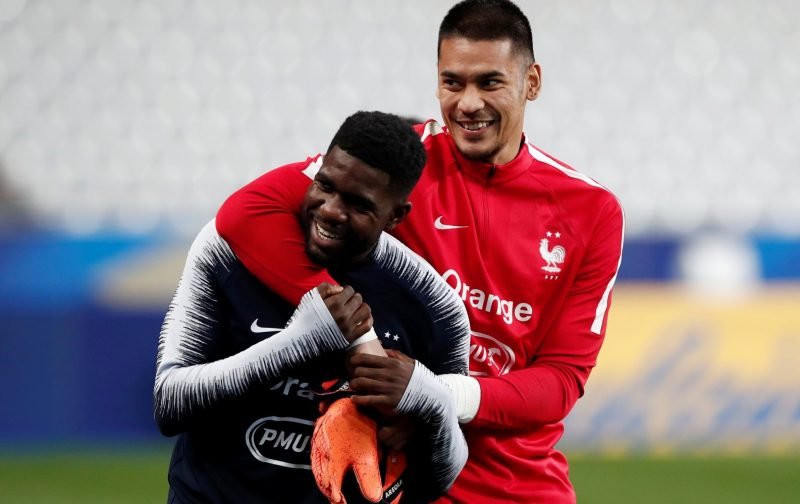 Arsenal and Manchester United are in the race to sign Barcelona defender Samuel Umtiti, according to Spanish outlet Mundo Deportivo.

Ajax centre-back Matthijs de Ligt is in talks with the Catalan club over a switch to the Camp Nou.

And if the Dutchman seals a move to the La Liga champions they are reportedly willing to sell Umtiti to make room for the 19-year-old.

This news is claimed to have caught the attention of both the Gunners and the Red Devils who are looking to bolster their defensive ranks this summer. 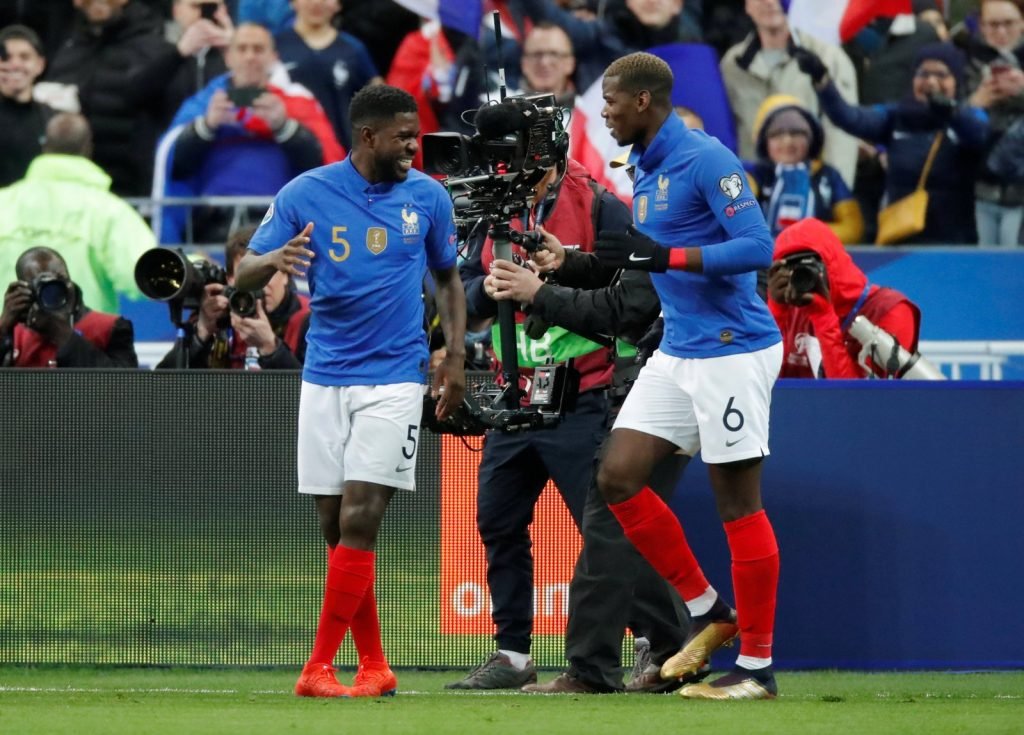 Umtiti celebrating with Manchester United’s Paul Pogba after scoring in France’s 4-0 win over Iceland on Monday.

Arsenal’s director of football, Raul Sanllehi, helped seal the deal for the French World Cup winner to move to Barcelona in 2016 which could help the North London club.

Despite the reports, Umtiti, who has recently returned from injury, has been a key player for Barca since his switch from Lyon, playing 93 matches and winning five trophies.