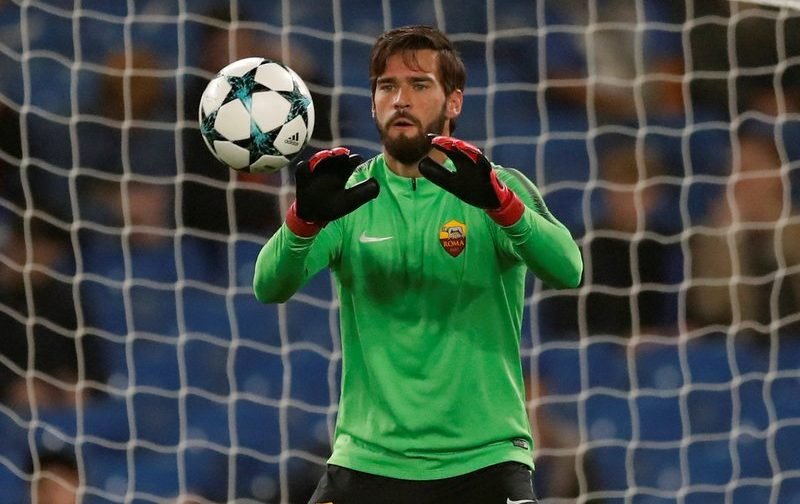 Brazil international goalkeeper Alisson Becker admits he is flattered by interest from other clubs ahead of this summer’s transfer window.

The 25-year-old AS Roma star, who has 24 international caps for his country, is understood to be a top transfer target for Premier League side Liverpool.

Alisson has kept 20 clean sheets in 46 appearances in all competitions for the Serie A outfit so far this season.

However, the Samba star has questioned whether he needs to leave the Italian side this summer, ahead of Roma’s UEFA Champions League semi-final second leg clash against The Reds tonight (19:45).

Alisson told Gazzetta dello Sport, “I don’t know what will happen (in the summer).

“Obviously, the interest makes me happy.

“But I don’t think it’s a question of needing (to move). I know what I’m worth, not money wise, but as a player.

“I know what I bring to the team, but I only think about the present. What happens next, we leave for later.”

Alisson, who joined the Italian side back in July 2016 from Internacional, has registered 24 shut outs in 61 games overall for the club, and is valued at a whopping £70m.