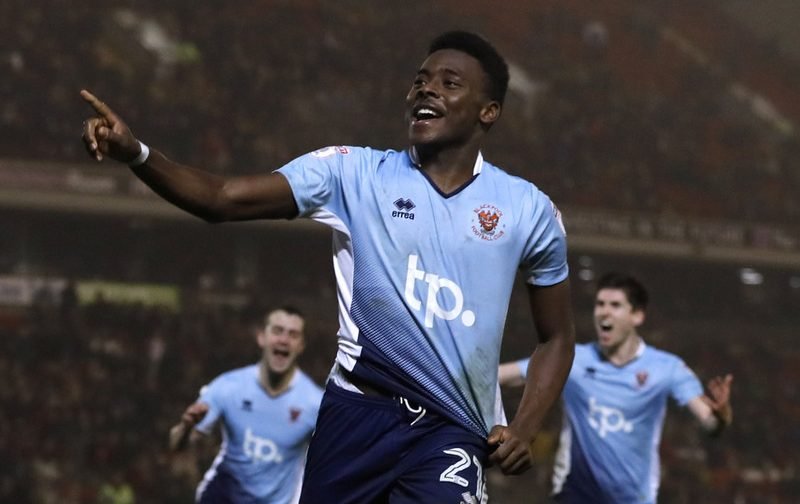 Today’s instalment comes from the bottom-tier of English professional football, League Two to be precise, in the form of Blackpool’s highly-rated winger Bright Osayi-Samuel.

The 19-year-old, who has been linked with a summer switch to the likes of Arsenal, Tottenham Hotspur and Aston Villa, has scored four goals and provided three assists in 34 appearances in all competitions for The Seasiders so far this season.

But unarguably, last Saturday’s 3-1 victory at Newport County was the Nigeria-born forward’s best league performance of the season in a Tangerine shirt, after scoring twice and assisting Mark Cullen’s strike in between.

In the 95th minute, Osayi-Samuel seemingly only cleared the ball high up the pitch after Blackpool defended a late goalmouth scramble – an action that more or less cemented all three points for the visitors.

However, the winger’s blistering pace somehow saw him sensationally make up the ground on Newport’s back-tracking Dan Butler, before shrugging off the left-back with his strength, to then beat goalkeeper Joe Day with a patient drop of the shoulder to seal his brace.

Who needs a team-mate when you can do it all yourself!