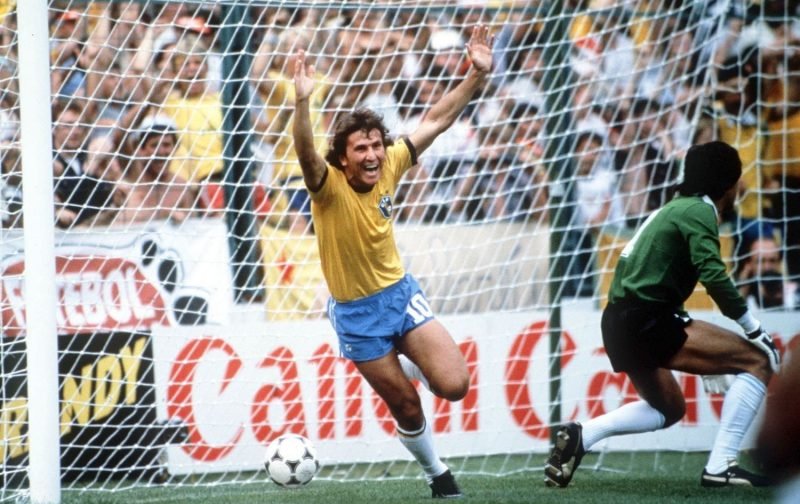 One of the greatest players to have ever played the game – as highlighted by his inclusion at number eight in the FIFA Player of the Century grand jury vote – the playmaker excelled for Selecao between 1976-1986.

At club level, the free-kick specialist is best known for his time at Flamengo where he helped the club win seven Campeonato Carioca’s, three Campeonato Brasileiro Serie A crowns, plus the Copa Uniao, Copa Libertadores and the Intercontinental Cup.

But if you say Zico to most fans around the world, the immediate picture which springs to mind is that of him in the famous yellow number 10 shirt, which was originally donned by the one and only Pele.

But despite going down as one of football’s greatest nation’s best and most influential players, Zico didn’t quite manage to win a major title for his country.

He was however a key part of teams – most notably at the 1982 World Cup – that played some of the best football this planet has ever seen, plus scored an impressive 48 times (fifth highest behind Pele, Ronaldo, Neymar and Romario) in 71 caps.

With that in mind Shoot has been digging around in the archives for five of Zico’s defining moments during his 10-year international career.