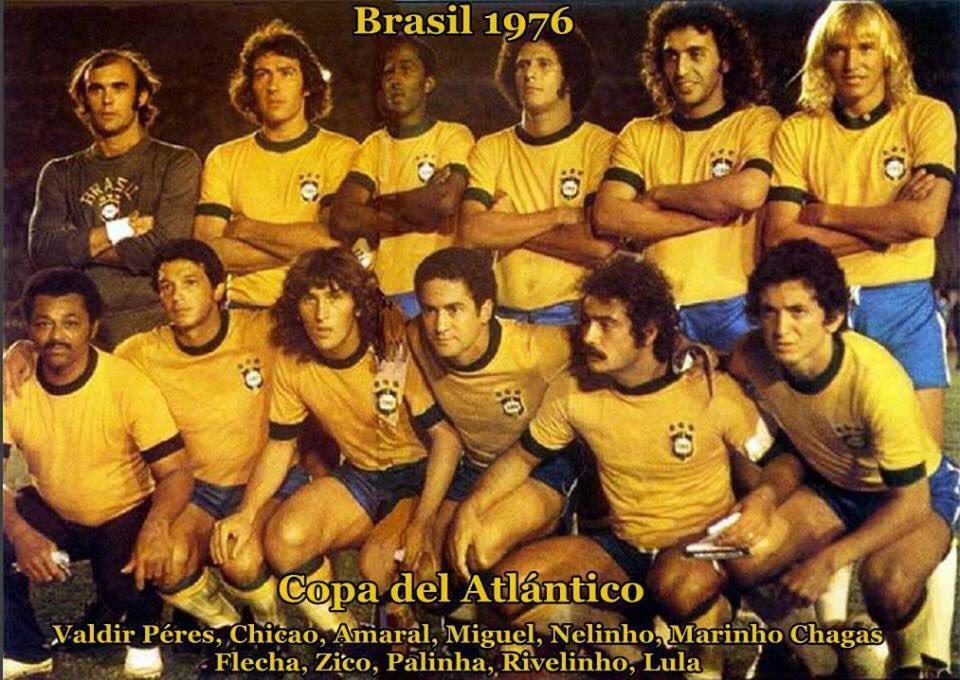 A lot of fuss surrounded Zico before he had even made his full international debut as he was seen as the next superstar to replace Pele.

And the then 23-year-old didn’t disappoint as he showed his skill from dead-ball situations to score from the penalty spot in a 2-1 win over Uruguay in the Copa del Atlantico.

We don’t have an image of that moment but we do have one of the squad which took part in that competition.