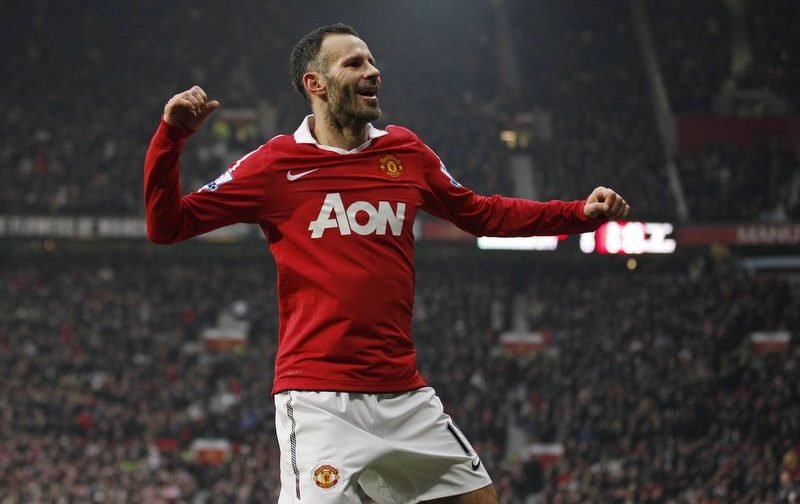 Shoot! would like to wish former Wales international winger Ryan Giggs many happy returns as he celebrates his 44th birthday this evening.

The Manchester United legend, who has also become assistant manager and interim boss of The Red Devils since retiring in May 2014, earned 64 caps for The Dragons during his international career, but it was his unprecedented success at Old Trafford that he will be forever remembered for most.

The left sided midfielder scored 168 goals in 963 appearances in all competitions for United during his 23-year successive spell at The Theatre of Dreams, holding the all-time record for the most games played for the club.

Join us in wishing the #MUFC legend a happy birthday today! pic.twitter.com/AvrLPSiSUb

To celebrate the Welshman’s latest milestone, Shoot! is paying tribute to the United great by putting together five of Giggs’ most defining moments of his Manchester United playing Career in Pictures. Enjoy!