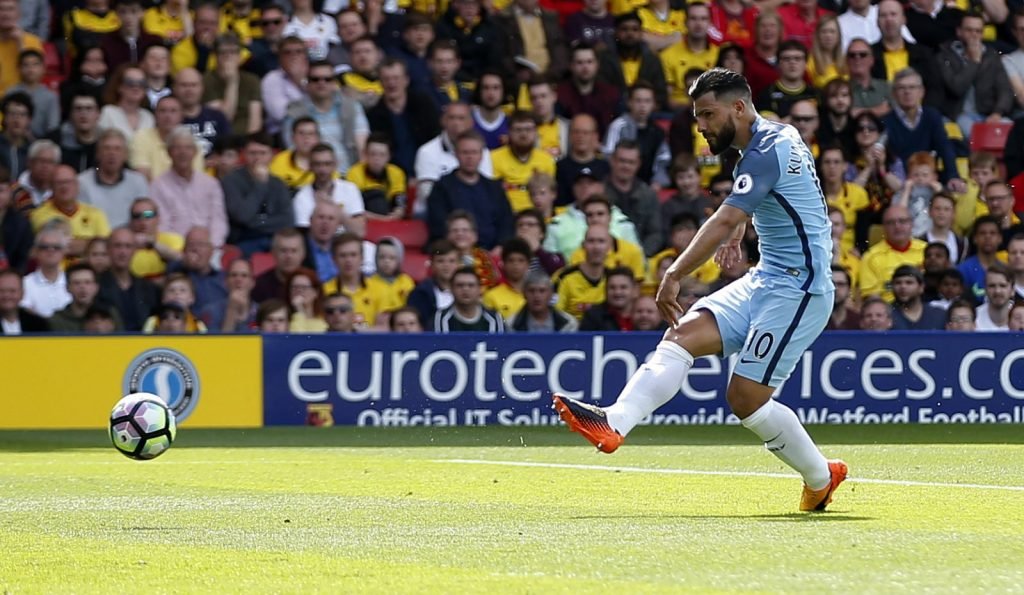 After winning his first six Premier League matches in charge, Guardiola looked set to compete for the title in his first season at the City helm.

However, a run of seven victories in the following 16 matches not only dashed any title hopes but also had many doubting Pep’s style of football in England.

Going into the final day at Watford, City needed a win to guarantee a top-four finish and they delivered with a 5-0 win (the pictured Sergio Aguero grabbing a brace).

Elimination from the Champions League, FA Cup and League Cup made it a first trophyless season as a manager for the Spaniard but it was so important that he at least secured Champions League football.