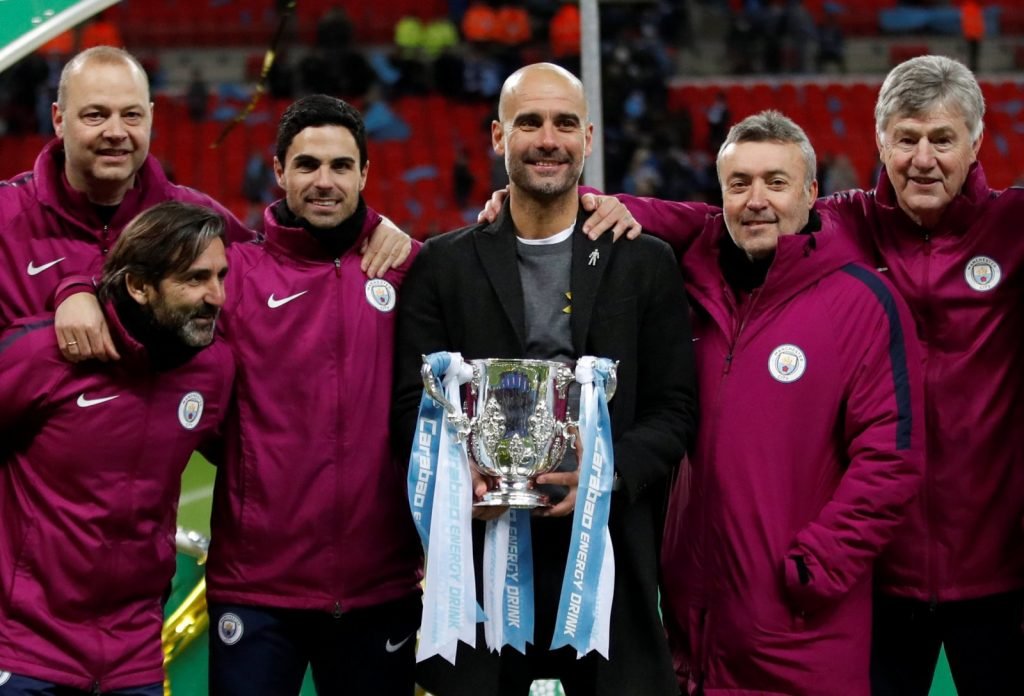 Guardiola loves winning and he shows that with his team selections, even in the League Cup, which is considered the lowest priority of all the competitions.

After failing to win a trophy for the first season in his career the previous campaign, the Spaniard went all out to get one on the board early in the second year.

And after defeating Championship side Bristol City over two legs in the semi-finals, Pep took his team to face Arsenal at Wembley.

It was the same opponent and venue City tasted defeat in the FA Cup semi-final in April 2017, but goals from Sergio Aguero, Vincent Kompany and David Silva ensured a 3-0 victory and a defining first trophy in the colours of blue and white for Guardiola.