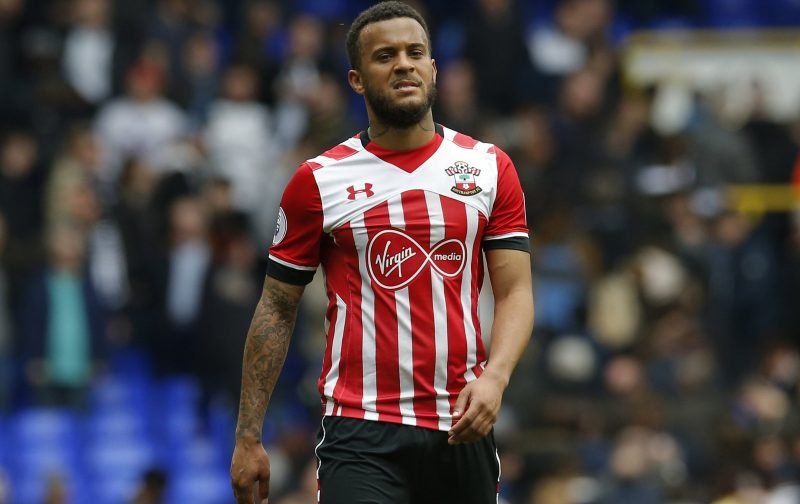 Premier League leaders Chelsea are interested in bringing Southampton defender Ryan Bertrand back to Stamford Bridge, two years after leaving West London, according to The Telegraph.

The 27-year-old spent nine years at the club between 2006 and 2015 but only made 57 appearances for the Blues, albeit one of those was in the Champions League final of 2012, where he produced an excellent display to help Roberto Di Matteo’s men beat Bayern Munich and win the competition.

Several loan spells littered his time at Stamford Bridge, and he made his hugely successful one at Southampton permanent in 2015, where he has gone on to make 85 Premier League appearances, and indeed get himself into the England reckoning.

And it’s his fine performances down the Saints left which has reportedly alerted Chelsea boss Antonio Conte about bringing Bertrand back to West London.

The Blues will, baring a disaster, be playing in the Champions League next term and will likely have a title defence to contend with, which means that he’ll need as deep a squad as possible to be competitive on all fronts.

And with just Marcos Alonso, Victor Moses, and Nathan Ake as his main wing-backs options, Bertrand would certainly bolster that area of the pitch, and indeed provide healthy competition to that trio.

Whether Southampton will let the Blues have both Bertrand and Virgil van Dijk, whom they are strongly linked to, remains very unlikely, yet both would certainly strengthen a Chelsea team that will go into next season as the team to beat after a stunning campaign this time round.