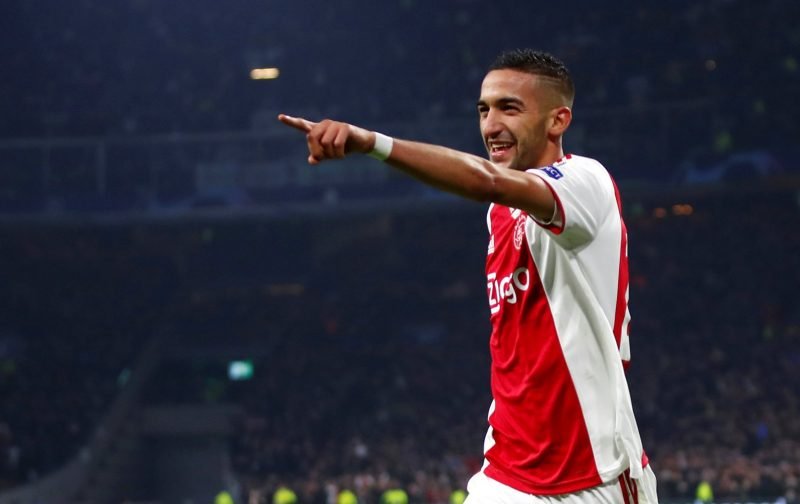 Chelsea are keen on signing Morocco international Hakim Ziyech from Ajax this summer, according to reports from CalcioMercato.

The Premier League heavyweights have reportedly set their sights on the midfielder following an impressive season so far for the Dutch giants.

Ziyech, 25, has scored 16 goals and grabbed 13 assists in 32 games across all competitions, proving to be the club’s most valuable player.

After coming through the youth system at Heerenveen, the playmaker switched to FC Twente in 2014, where he spent two years before moving to Ajax in an £11million deal in 2016. 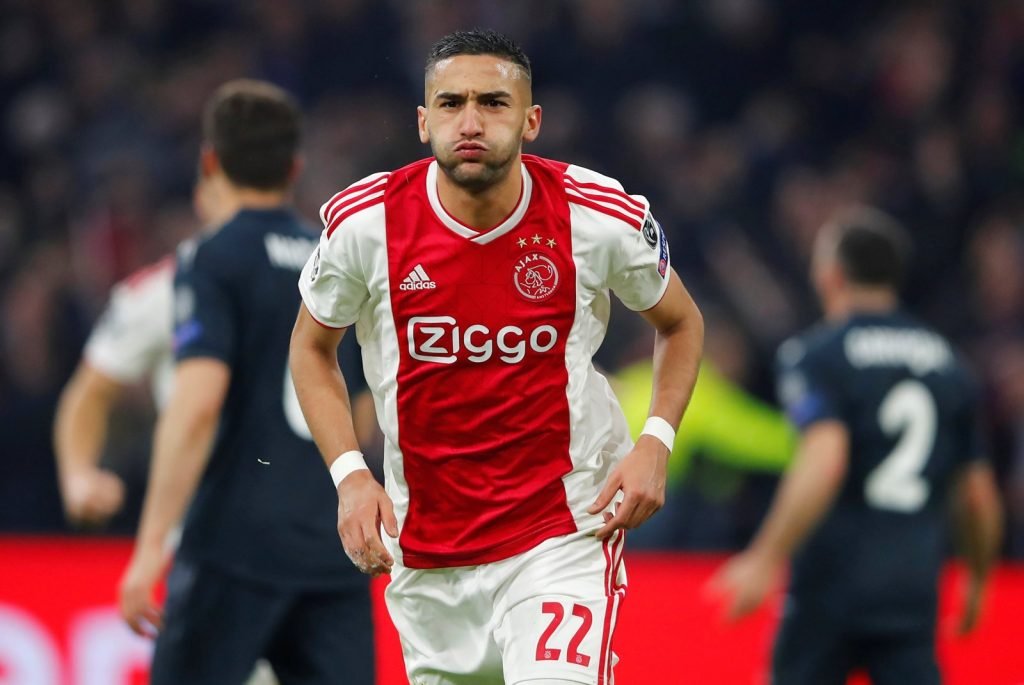 Ziyech celebrates scoring against Real Madrid in the Champions League.

The 22-time capped Morocco international is a versatile operator who can play in central attacking midfield or on the right flank.

His performances, including his goal in Ajax’s 2-1 Champions League defeat to Real Madrid earlier this month, have caught the eye of many teams around Europe, and it’s thought the Stamford Bridge outfit are favourites to win his signature.

There are no doubts that Ziyech has a big future ahead of him and would be an exciting addition to any club across Europe, the question remains as to whether Chelsea will be able to entice the talent to London this summer.