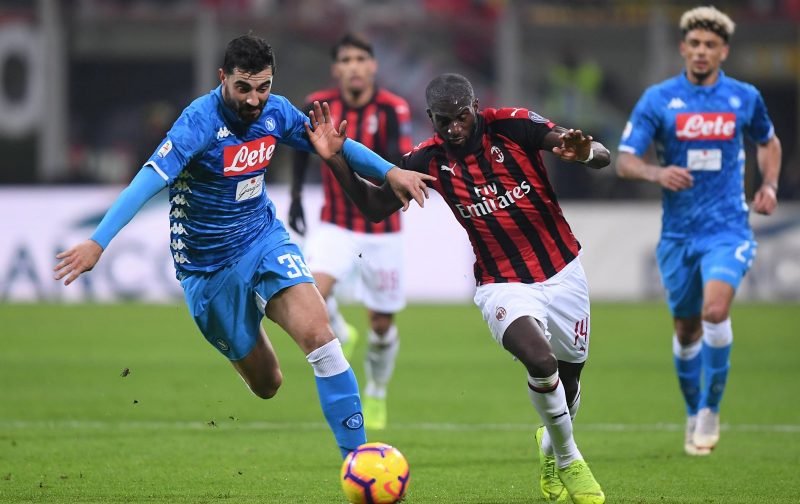 Chelsea midfielder Tiémoué Bakayoko has expressed his interest in making his loan move to AC Milan permanent, according to the Mail Online.

The central defensive midfielder is enjoying life in Italy under the guidance of World Cup Winner Gennaro Gattuso, making 26 appearances and earning plaudits for his game management and work rate.

Bakayoko struggled last season at Stamford Bridge after his £40million transfer from AS Monaco, in what resulted in the Blues finishing fifth in the Premier League but winning the FA Cup.

The 24-year-old was widely criticised for his subpar performances after failing to hold down a regular first-team spot alongside the consistent N’Golo Kante.

In an interview with French newspaper Nice Matin, the Paris-born player said: “Milan are a legendary club. Who wouldn’t like to stay at a club like Milan for a very long time?”

Bakayoko is still contracted to remain at Chelsea for a further three years, so a permanent move is dependant on whether manager Maurizio Sarri sees the Frenchman in his future plans.

I Rossoneri are currently sat in fifth place in Serie A, four points adrift of bitter rivals Inter Milan as the San Siro outfit look to challenge for Champions League football after a lacklustre start to the campaign.