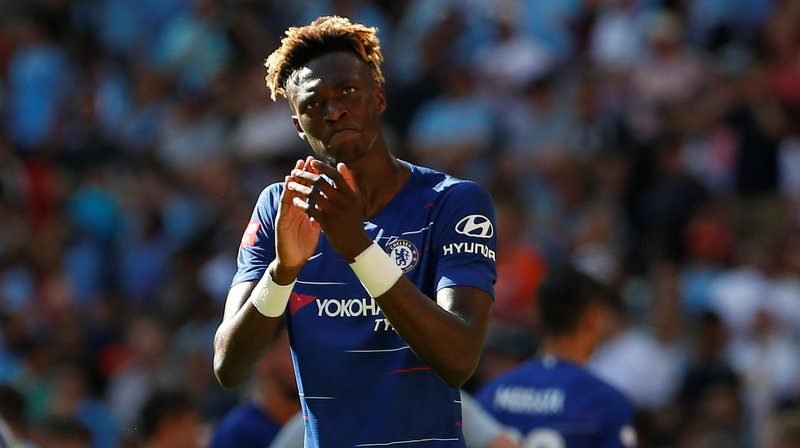 Tottenham Hotspur reportedly made a late £25m bid for England international striker Tammy Abraham this month, according to Goal.

The Premier League side, who visit Manchester United at Old Trafford on Monday night, are understood to have made an offer for the Chelsea forward during the closing hours of the summer transfer window on August 9.

The 20-year-old, who has two international caps for the Three Lions, has not been included in The Blues’ Premier League matchday squad so far this season.

However, the England Under-21 star did appear as a substitute against defending league champions Manchester City in the FA Community Shield loss at Wembley Stadium earlier this month.

The report claims Spurs’ £25m offer was turned down by Chelsea on deadline day, with Tottenham manager Mauricio Pochettino looking for extra cover for star striker Harry Kane this campaign.

The player was said to be keen on a move to The Blues’ London rivals, but the club had no interest in selling one of their promising youth graduates to Tottenham, who ultimately failed to sign any players during the transfer window.

Abraham could still be loaned out to a EFL club this month, with Aston Villa reportedly chasing his signature, having scored eight goals in 39 appearances in all competitions on loan at Swansea City last term.

The striker put pen to paper on a new five-year contract worth £50,000-a-week at Stamford Bridge last July.