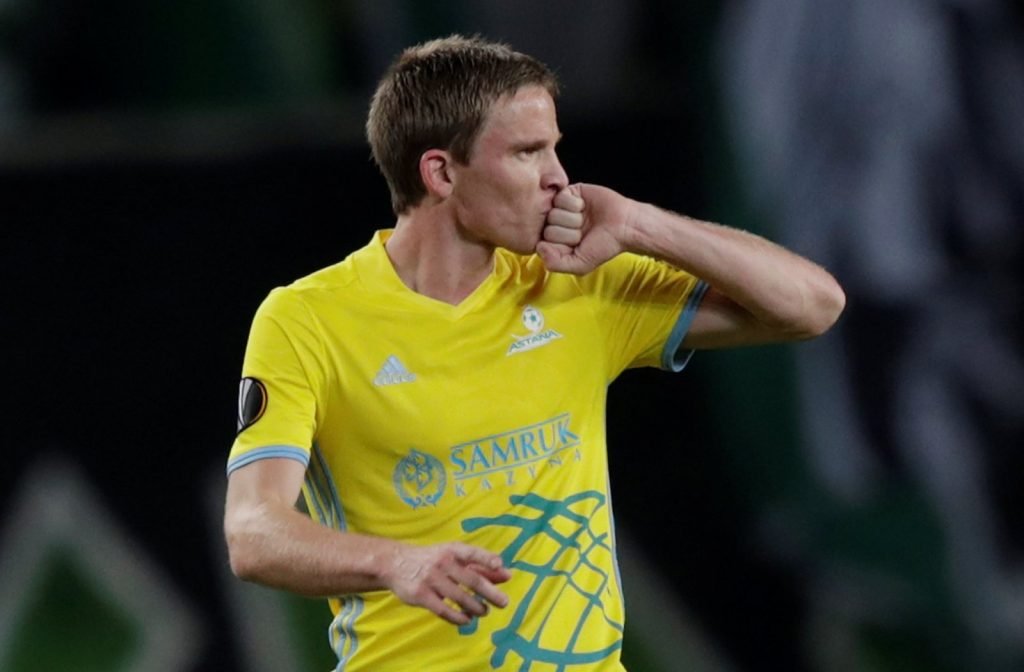 For any United fans wondering who Astana’s danger-man is, look no further than Croatian forward Marin Tomasov.

The 32-year-old attacking midfielder scored seven goals during the competition’s qualifying phase; a feat only exceeded by Alfredo Morelos of Rangers who netted eight times.

Tomasov is currently the joint-third top scorer in the Kazakh Premier League with 11 goals alongside an impressive haul of 14 assists.

His rich vein of form earned him a new contract at the end of August to keep him at the club until 2022.

With United’s defensive duo of Victor Lindelof and Harry Maguire still gelling, Tomasov could be the player to stun Old Trafford on Thursday.