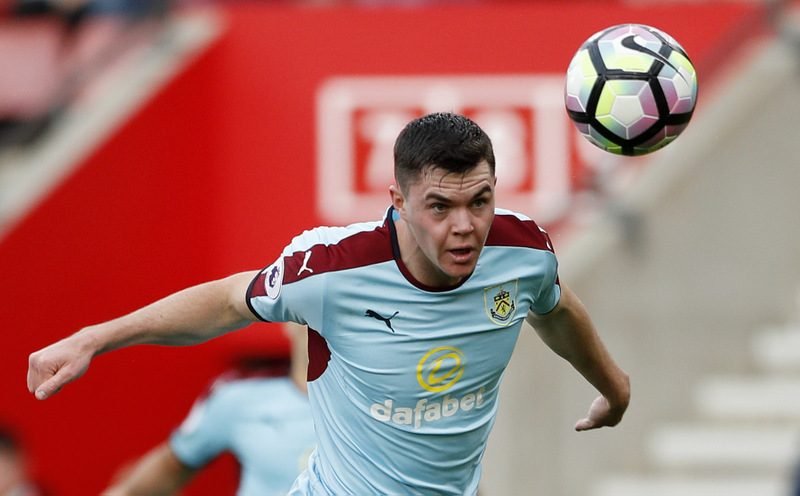 The Arsenal legend, who was speaking live on ITV, said, “If he carries on continuing improving at this level, he’ll be much better than Jones and Smalling.”

Keane, 24, who was making his senior international debut last night in Gareth Southgate’s men’s 1-0 defeat, has scored two goals and provided one assist in 33 appearances in all competitions for Burnley so far this season.

The centre-half, who is in fact a former Republic of Ireland youth international, has been linked with summer moves to Premier League rivals Liverpool and Everton respectively following his impressive form at Turf Moor this term.

The Stockport-born defender is a graduate of Manchester United’s youth academy, though he only went on to make five first-team appearances for The Red Devils, being loaned out to Leicester City, Derby County, Blackburn Rovers and Burnley, before sealing a permanent move to The Clarets in January 2015.

Current Red Devils duo Jones and Smalling were also called up to international duty this week, though Jones withdrew due to injury, whilst Smalling played 84 minutes in Dortmund before being replaced by John Stones.