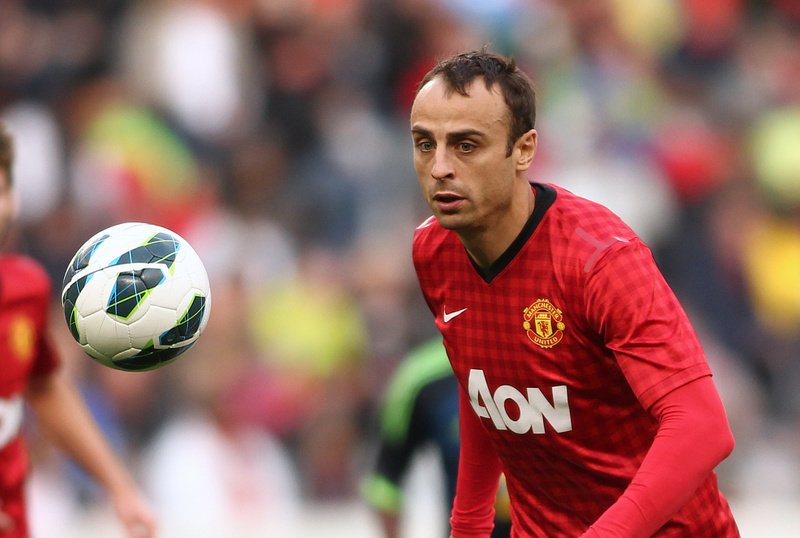 The 36-year-old, who is a free agent after leaving Greek outfit PAOK Salonika towards the end of last season, netted 94 English top-flight goals between 2006 and 2014 for Tottenham Hotspur, Manchester United and Fulham respectively.

Berbatov, who also earned 78 international caps for Bulgaria between 1999-2010, is said to be thinking about calling time on his playing career having failed to find a new club, with two transfer windows having been and gone.

The Bulgarian forward joined Spurs from Bundsesliga side Bayer Leverkusen back in May 2006 following his reported £10.9m switch, before lifting the 2008 League Cup with Tottenham.

After 46 goals in 102 games for Spurs, Manchester United snapped up Berbatov in a deal worth £30.75m in September 2008, where he went onto win two Premier League titles, the League Cup, an FA Community Shield and the FIFA Club World Cup.

You can look through Dimitar Berbatov’s Premier League Career in Pictures here.