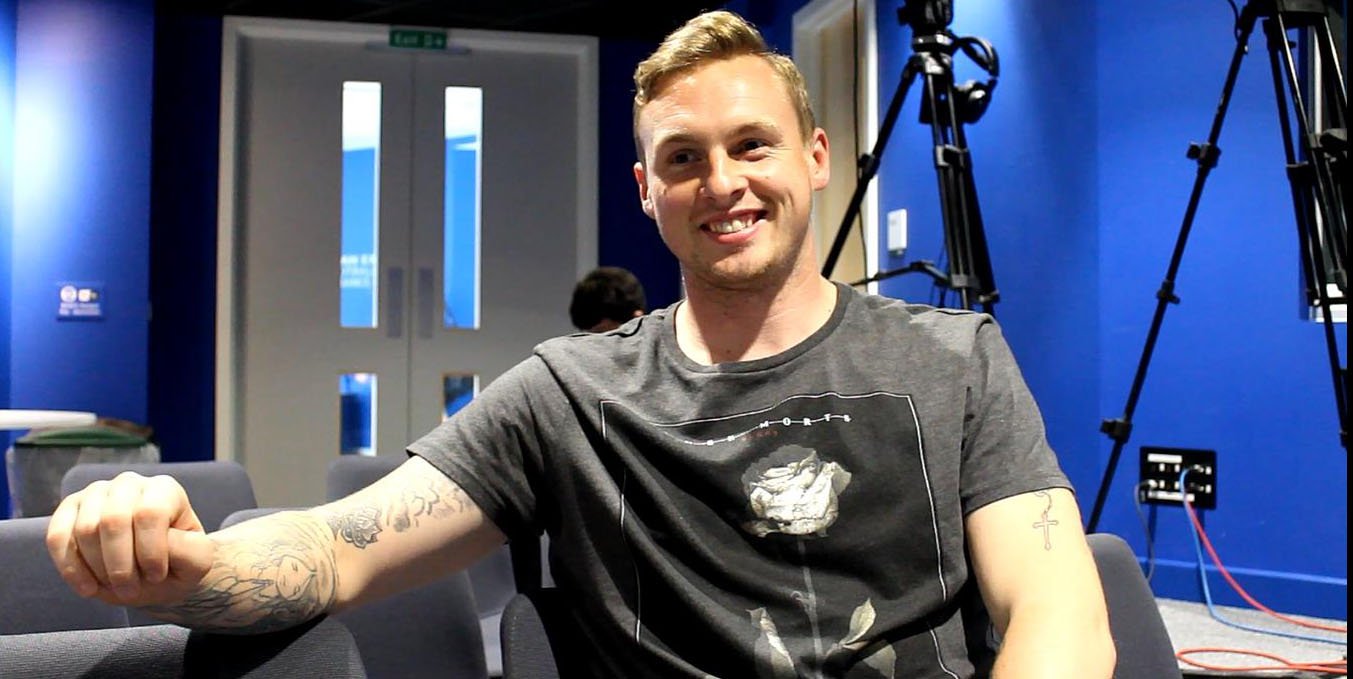 Early Championship high-flyers Brighton and Hove Albion have taken the new 2015-16 season in their stride as the club seek to win promotion to the Premier League for the first time in their history.

The Seagulls have mastered an unbeaten start in the second tier this term, defeating Nottingham Forest, Fulham, Blackburn Rovers and, most recently, Ipswich Town to spark a great sense of optimism around the Amex Stadium.

One crucial factor behind Brighton’s impressive start to the new campaign is goalkeeper David Stockdale, who has already kept two clean sheets in his opening five league games, making some eye-catching saves in the process.

The 29-year-old, who was previously invited to join up with the England senior squad under former coach Fabio Capello, is relishing life on the south coast after joining the club from Fulham on a three-year deal last summer.

Shoot spoke exclusively to the Albion shot stopper about life with the Seagulls, the club’s top flight ambition, manager Chris Hughton and how he aims to add to his international call-ups.

You joined Brighton on a permanent basis last summer, how are you enjoying life here?

“I think it is brilliant. The facilities we have and the people that we have in place, staff wise, they make the whole place enjoyable and the signs we are making are all positive.”

Brighton finished 20th in the Championship last term, just two places above the relegation zone. What are the club’s aims this season?

“Well the ambition was the same as last year; but things don’t always go to plan. Injuries and performances weren’t at the standard that we wanted. But we have started off this year really well – unbeaten. So hopefully we can carry that on. We have got our own expectations that we will want to stick to and hopefully we can bring them through in 40-odd games.”

What improvements have you noticed compared to last year?

“Big ones. We now have a winning mentality. We kind of got into a thing where we needed to pick up points rather than play our best. When we play the best that we can, we will pick up points anyway. We got into a mentality where we were thinking too much about the points and you just don’t go out there thinking about the game we are going to play. Now we have got a game plan, which we have pushed forward with, and you can already see that we are starting to put it in place.”

You kept 15 clean sheets in 42 appearances in all competitions for the Seagulls last term. What is your personal goal for this campaign?

“It is always to improve on what I have already done, so one more clean sheet would be nice and obviously the league position being another. Personally, it is to cut out a couple of mistakes that I made and to learn from them. I think if I can do that, it will be a productive season goalkeeping wise for myself.”

This is Chris Hughton’s first full season in charge at the Amex. What have you made of his impact since his arrival?

“Well when he came in, he came during a difficult situation and straight away turned it around. He knew it was a results-based season and needed to try and get us as high as we can and basically be safe by the end of it. He has done his job and he has been given the time and the money for what he needs to do. So he has come in, done that and hopefully we can add a few more bits of quality to our game. The game plan which he has put into place is obviously showing at the minute and hopefully we can keep that going.”

Do you think Hughton has what it takes to manage in the Premier League again?

“I think that is an easy question to answer. Definitely! Attention to detail is a massive thing and his attention to the details is attention to the attention of the detail, in the detail! That is how far it is and that is what you need. When it comes to man management his door is always open, so you can have a chat with him if needed. When he has been in the Premier League, he has not looked out of place.”

The club have brought back former Brighton and England striker Bobby Zamora to the south coast. How much of a boost is his arrival to the club this summer?

“Just for me it is brilliant! I love him. He is my mate, so I love him. It is good just for me but with his history at the club, it is a massive thing. You don’t often get to bring back one of the legends, if you know what I mean. He is finishing his career here, as such, because I don’t think he is going to last much longer [laughs]! But no, he is a great lad to bring into the changing room and I still think he has got a lot of goals in him and he will bring a lot to the team. I’m so happy that he is here.”

Brighton have never played in the Premier League. Can the club make that step?

“You tell me. Look at this training ground. I don’t know whether you have been to the stadium before too, but they both tell a story. It is all on the lads’ shoulders now; they are here now to make a little bit of history at the club and go down as a team that took it where it should be. No one has the right to be where they are; look at the likes of my hometown club Leeds [United], they got relegated to League One and it is not a nice place to be. The stability that we have got at this club is one that not a lot have nowadays and hopefully we can push that into the Premier League. Then you have got to sustain it and hopefully stay there.”

Going right back now, you made your professional debut for York City against Oxford United in May 2003, aged 17, replacing Michael Ingham. Can you recall that moment?

“I remember it all. It was kind of like he was the old man and I was on the bench. It was the last game of the season, he came off at half-time and I kind of got the wink from Ingy to say, “Oh my hamstring is tight!”, but the wink as in that he kind of gave me my debut. Terry Dolan was the manager and I actually did alright. I conceded a goal, or maybe two, but it was nice because Mum and Dad were there and it was a perfect start to play for a good club as well.”

What was it like to seal a move from Darlington to Premier League side Fulham in the summer of 2008?

“Like a dream come true! I had actually never been bought before or transferred or anything like that, so when I got pulled into the manager’s office, I thought I was actually getting dropped from the team! That is how funny it was. But he came in and said, “We have accepted a bid for you”. And I was expecting, I don’t know, like someone in League One or possibly Championship, but then he said Fulham. I was like, “But they are in the Premier League”. So when I went to see them it was just a totally different world to move into a club of that scale. Actually, at the first week of Fulham training, I think I conceded that many goals that I told the manager [Roy Hodgson] that he might of lost his money!”

You were twice called up to the England squad under manager Fabio Capello back in 2011. The ambition must still be to represent your country on the international stage?

“Obviously! Look, you can always say that you are the underdog because I am in the Championship, but I have been fighting my hardest. If I can do well for Brighton, that will mean Brighton are doing well. If I can get anywhere near the England squad, that means the club is also doing well.”

When you received your first England call-up, how did you react?

“I thought it was a joke! It was an email. I thought, “This is a spam email”. On that day, I was just going around and laughing at people and it weren’t until the manager said, “No, it is real. You have got to go”. Then I got another email saying it. It was totally surreal and something that I will keep with me for the rest of my life. To even be in the squad for your country is a proud, proud moment. Hopefully I can get back there again.”

QUICK-FIRE ROUND:
Footballing idol: Peter Schmeichel.
Favourite pizza topping: Margherita.
Favourite film: Green Mile. That is one that sticks out.
Celebrity crush: Probably David Beckham! He is most people’s.
Most embarrassing moment: I did a ‘Shay Given’ by rolling it out and Richard Cresswell came from behind me and scored. So that was pretty low and embarrassing!