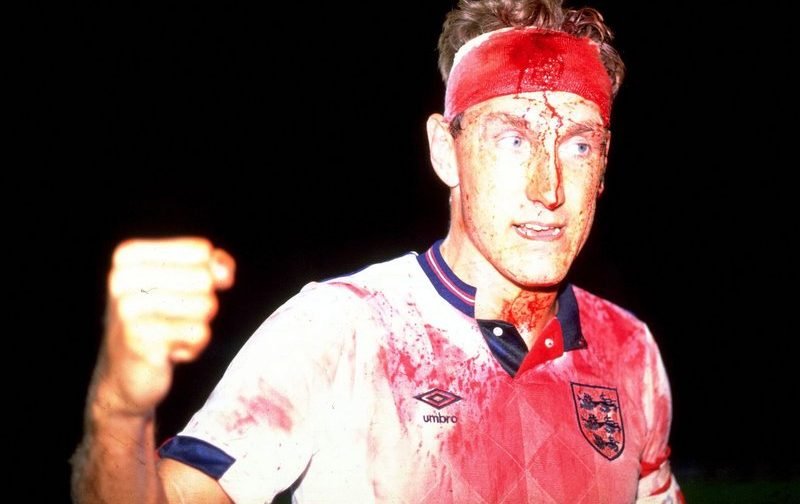 Shoot! chatted to former England, Ipswich Town, Rangers and Sunderland defender Terry Butcher in midweek, with the pundit giving us his preview ahead of the Scottish Premiership clash between Hearts and Rangers on Wednesday night.

The 58-year-old, who represented England at three FIFA World Cups, also spoke exclusively to Shoot! about the Old Firm rivals in the Scottish top-flight, his former club Sunderland’s struggles in the Premier League, Liverpool’s slump under Jurgen Klopp and January’s transfer dealings.

Rangers are 25 points adrift of rivals Celtic in the Scottish Premiership, with Brendan Rodgers’ side 28 games unbeaten in domestic competitions. Is the title race already over in Scotland?

“I would say it is, to be honest. I know that Chris Sutton said the other day that Celtic could actually play without a goalkeeper and still win the league. I think that is a slight exaggeration, but I know what he means.

“The difference between 25 points between Rangers and Celtic is a lot at this stage of the season, they have only played 23 games, but it is a 40-goal goal difference as well, with Celtic scoring 29 goals more than Rangers. For me, that’s where the difference is and where the key issue lies. It’s not so much about defence, but how many goals you score. It is is okay racking up goals against teams in the bottom six like Rangers have, but they have got to improve their statistics around the clubs that are in and competing around the top five. It is goals that count.

“Rangers seem to win games by the odd goal, they don’t seem to win by two or three goals like Celtic do. I think they sent that signal out right from the first game, that they meant business and to make a positive start and score a load of goals. Like they showed against Hearts last Saturday (4-0), they went out there and could have easily have taken their foot off the gas.

“But they are quite ruthless this season compared to other seasons in the past.” 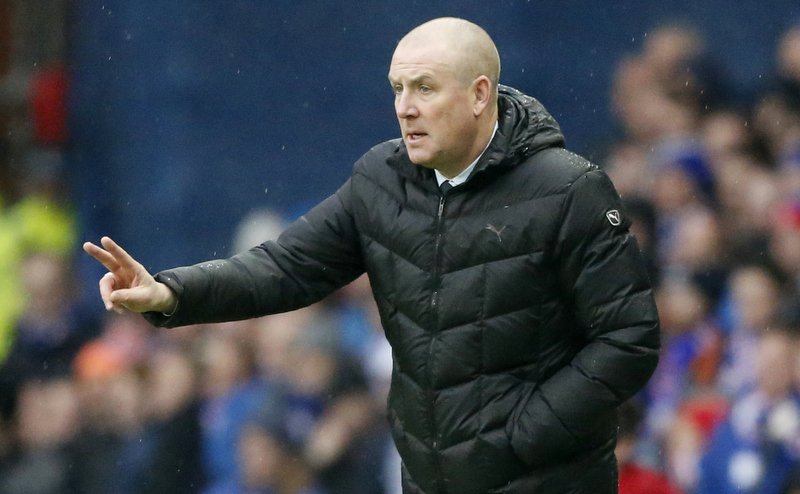 Given this is their first year back in the Scottish top-flight, how long do you think it will take for Mark Warburton to turn Rangers back into serious title contenders?

“Well, we are talking about years. If they want to make a serious challenge, it is going to take two or three years.

“I am not really sure what sort of budget Mark Warburton will get in the summer, it is up to the Rangers board. I think the fans are happy that the club aren’t going out and spending £30m to £40m pounds, otherwise they would be back to square one where they were four or five years ago with the financial crisis.

“All that meant was that new players came in, especially younger ones, and to be fair to Warburton, he has got one or two special players, but he has also got those experienced players that he needs to help secure second place. So if Rangers do finish second, that will be a big improvement.

“And in the summer, if they do good business and get good players in, I think they could really take on Celtic [next season]. But I think it is still a building process, it is going to take two or three years before they can really think about challenging Celtic.

Another former club of yours, Sunderland, lie rock-bottom of the Premier League standings, five points adrift of safety. Do you have much faith in David Moyes’ ability to keep The Black Cats up?

“I think Moyes is a cracking manager, I think he is really good. He has just not been given the tools to do the job properly.

“[Patrick] van Aanholt has gone, and when you are selling your top players, it is always hard to give yourself that foundation of three points without a really strong back four or three. There are mixed messages coming out of Sunderland; not from Moyes, but from the board.

“‘Big Sam’ [Allardyce – Crystal Palace] went out in January and spent a bit of money, so that certainly doesn’t help Sunderland’s bid to stay up, and I think they are really struggling to do it this year. ‘Where there’s a will there’s a way’, that is what has happened in the past. But, whether that will is as strong as ever at Sunderland, I am not sure.

“I am not talking about the players on the pitch, or about Moyes, but the board. It is a hard situation to be in, but I think there is enough fight there. As long as we have Jermain Defoe, I think he’ll score. You have just got to get a good run of results and get out [of the bottom three].

“They are still in touch. If you lose four or five games in a row and fall seven points behind safety, then you know where you are and fear for the worse. But they are still in a position where they can grab it if they want it.”

As a fellow manager, what did you make of Liverpool’s disastrous form last month? What is going wrong for Jurgen Klopp and The Reds at the moment? Surely it wasn’t all be down to Sadio Mane being away on international duty…

“No, not at all. [Joel] Matip was out at the back to and I just think he is a steady influence for them and was missed during their hectic and horrendous week.

“Anything can happen in the Premier League, in cup matches as well. If you make a lot of changes, there is a gamble that those players out there aren’t going to gel and won’t be able to do it against teams that are used to playing together from the Championship and below. That is the nature of the Premier League.

“I look at Pep Guardiola at Manchester City where he struggled over the past two or three months, after having a blistering start to his career at the Etihad. It is not as easy as people think in the Premier League, there is a lot more hidden obstacles in there.

“Every team that you play against can beat you on their day. So I think Klopp and Guardiola have found that out quite well, it is certainly not as easy as everyone thought. And when you start to lose pace as well, confidence drains out very, very quickly. But they are both good names and they both know what to do, every team does go through bad runs, but it is about how you react to that.” 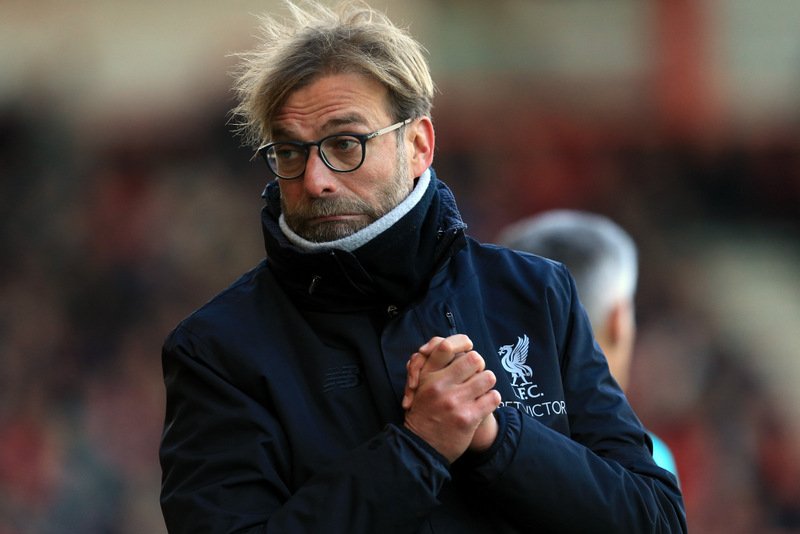 Following Tuesday’s 1-1 draw against leaders Chelsea, Liverpool find themselves fourth in the table, 10 points adrift of The Blues. Are they still genuine title contenders?

“I think a place in the top four is their target, it was at the start of the season anyway and I don’t think they are way out of contention for that top four finish.

“But what they have to do is be more consistent and be more ruthless as well. I mean they certainly missed [Philippe] Coutinho. But now he is getting game time, he will be a big boost to them. But he is certainly their best playmaker.”

The 2017 January transfer window also slammed shut on Tuesday night. Which Premier League side do you think completed the best business?

“Well only time will tell! But I am not too sure, it is very difficult to see who has come out on top in this window.

“Obviously there wasn’t a huge a mount of money that was spent, so I wouldn’t like to say. Chelsea didn’t go and splash the cash, they are happy with what they have got. They aren’t too bothered about more top stars as where are you going to put them in your team? They can just leave it alone.”

Other than Chelsea; the likes of Manchester United, Manchester City, Arsenal, Liverpool and Tottenham all avoided bringing in marquee additions during the New Year period. Do you think any of the top six will regret not strengthening their squad significantly in January?

“It is a horrible transfer window because prices go through the roof, and you end up buying for buying sake sometimes.

“You have got to have a good settled squad. Manchester United, Chelsea and Spurs, they have all had good seasons so far, so if you have got a settled squad, you can let one or two leave the club if they are not happy with their game time.

“But if you have got a good settled squad, you don’t really want to disrupt that by bringing someone else in who is going to get straight into the team. It is not as easy as that. If you have come from July-August to January with a settled squad and all of a sudden you bring someone else in, not to disrupt it, but it can change things and alter the dynamic of the squad and the chemistry of the players.

“So sometimes signing players in January is a massive gamble.”