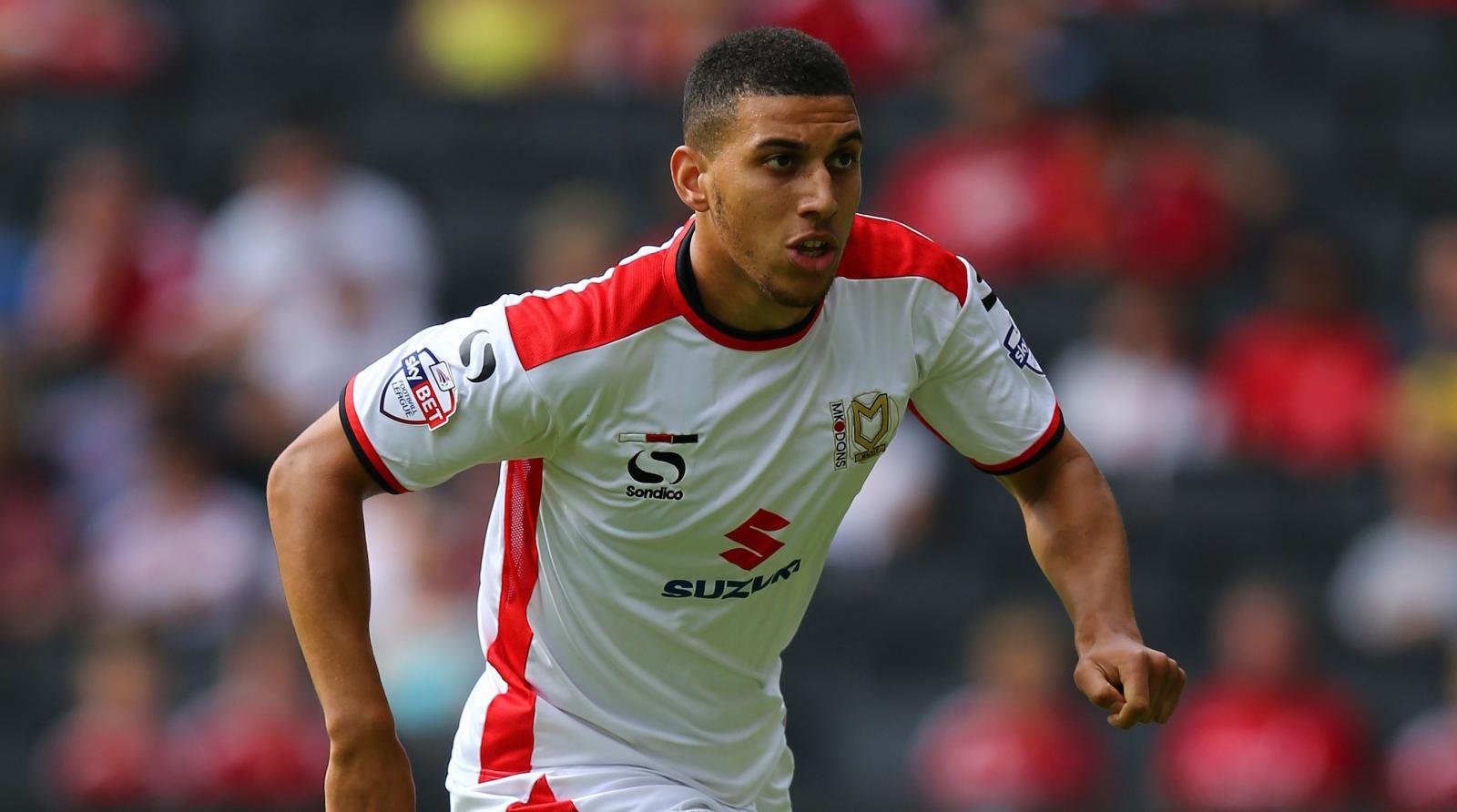 With Milton Keynes Dons now plying their trade just one division below the Premier League, winger Daniel Powell is that one step closer towards achieving his ultimate dream with his beloved club.

The 24-year-old, who made his first-team debut for the Buckinghamshire outfit back in 2008, has made more than 225 appearances for the Championship outfit, in between loan spells at Darlington, Crawley Town and Forest Green Rovers respectively.

After snatching League One’s second automatic promotion spot from Preston North End’s grasp on the final day of last season, Powell firmly believes the club are moving in the right direction under long-term manager Karl Robinson, and are bound to succeed in the English top-flight in the future.

However; with MK Dons currently lying towards the wrong end of the Championship table so far this campaign, the pacey forward admits there is still a lot of hard work to do in order for the club to fulfil their true potential.

We exclusively caught up with Powell inside the club’s impressive stadium:mk to talk about last season’s final day heroics, the winger’s adaptation to the Championship, his gratitude towards boss Robinson and his Premier League desire.

You kicked-off the new season with a brilliant victory at Rotherham, followed up with another win over Bolton towards mid-August. What are the club’s ambitions this year?

“It is always going to be tough in this league, but anything above staying up is a bonus. We know deep down that we are good enough to compete, but I think if we stay up, everybody is going to be happy.”

You knocked out Leyton Orient and Cardiff City in the League Cup this season, before losing out to Southampton. Do you think those experiences will help your form in the Championship?

“Well, yeah. We won’t be playing in the Johnstone’s Paint Trophy this year, so it gives us fewer games. We had Manchester United last year and got promoted. Southampton was another big game against a really top team, so it can only do us good.”

You scored an impressive 10 goals in 49 appearances in all competitions last season. What is your personal aim this campaign?

“I normally never set goals for myself. It is always just when you score, they come along. But hopefully if I can get as many as last season, I would be happy.”

You signed a new two-year extension at the club over the summer. Do you feel this club is heading in the right direction?

“Well that has been the aim. Ever since I have signed, the aim has been to get into the Championship. But now we are here, everybody just wants to kick on now. The players that we have been bringing in just show that we are trying to aim as high as we can.”

Last season; you snatched the second automatic promotion spot on the final day of the season, sealing promotion to the Championship for the first time in the club’s history. What can you recall from that day?

“I can’t remember much from the evening! But during the day, it was unbelievable. The amount of fans we had here, I think it was a record attendance. And the way we won it as well, with them missing a penalty, the crowd just told you everything. Yeah it was an unbelievable day!”

Was that the best moment of your career?

“Yeah, without a doubt. I don’t think anything else will come near it. I would say that it was better than my debut goal!”

You have been at MK Dons throughout your entire career. What is it you love so much about the club?

You made your professional debut in a 3-1 win over Hartlepool United in November 2008, scoring the club’s final goal. Was that a dream debut for you?

“It couldn’t have gone much better! Although it seems like a lifetime ago now. I think it was my first touch of the ball. The amount of players that I have seen come and go since then… But it doesn’t get much better does it?”

Now with MK Dons playing just one division below the top-flight, do you believe that the club has the capability of becoming a Premier League side in the near future?

“When you look at the stadium, this is as good as you are going to get. The step from League One to the Championship is a big one but the one to the Premier League is even bigger. The club is going in the right direction and one day I’m confident we will be playing in the Premier League.”

Boss Karl Robinson is the third longest serving manager in English football since taking over the club in 2010. How much have you enjoyed working with him?

“Well he has always been good to me. He was the one that started giving me appearances in the first-team. I got my debut under [Roberto] Di Matteo, but the manager has always given me belief and shown confidence in me. Hopefully I have repaid him with a lot of goals and a lot of wins.”

How much of an influence has he had on your career?

“He has seen me develop from me being young, leaving school, until now. I have got kids now! So yeah, it has been a long journey. But he has always supported me, always backed me and we have got a good mutual relationship.”

Another player he’s had a big influence on is Delli Ali. How do you think your former team-mate will fare in the Premier League with Tottenham?

The club also brought in a lot of talent this summer, including Simon Church, Dale Jennings and Matthew Upson. How much of a boost are they to the club for this campaign?

“It is always good. The signings that we are getting in now are great, even the two lads we have got in from Real Madrid, as soon as you see players from Real Madrid, you think that this club is doing things this season!”

The likes of Ben Reeves, Sam Gallagher, Jennings, Church, Josh Murphy and Rob Hall are also looking for a place in Robinson’s starting line-up this season. Do you relish the competition at the club?

“It is always healthy. I think that was a big part of what we did last season, having competition for places. But I think this year it has got even tougher and that pushes everyone to their limits. I think it is only a good thing.”