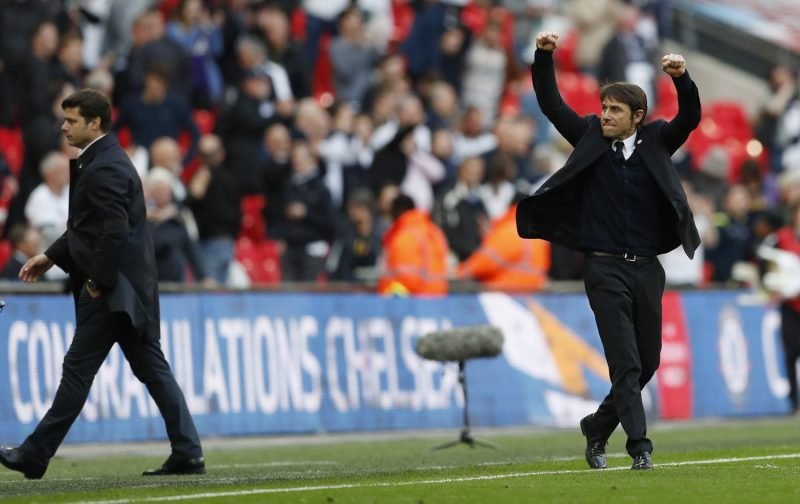 In a game which was billed as a potential title decider, despite having no tangible impact on the table itself, Premier League leaders Chelsea showed exactly what has got them to the top as a superb showing of resilience, class and tactical nous booked them a place in the FA Cup final.

After an explosive first hour which saw Tottenham heroes Harry Kane and Dele Alli both equalise after a brace from Willian had Chelsea in front at either end of the first half.

However, having left star men Eden Hazard and Diego Costa on the bench to start with, Conte sent them on to change them game, and they did just that. A goal from the No.10 had the west London’s in front for a third time before a thumping effort from Nemanja Matic sealed the deal.

The biggest game of the season so far for both sides began with a superbly observed minute’s applause to former England and Aston Villa defender and Tottenham U23s coach, Ugo Ehiogu, who passed away on Friday.

After and end-to-end opening few minutes, Chelsea’s Pedro broke Spurs’ back three and was clean through until a sliding challenge from Toby Alderweireld earned him a yellow-card and handed Conte’s side a free-kick right on the edge of the box.

Having been in and out of the side all season, and been given the chance to step up in the place of Hazard at Wembley Stadium, Brazilian international Willian stood over the free-kick and got the west Londoners off to a flying start, firing his effort past Spurs skipper Hugo Lloris before pointing to the sky in remembrance of his mother, lost in October last year. 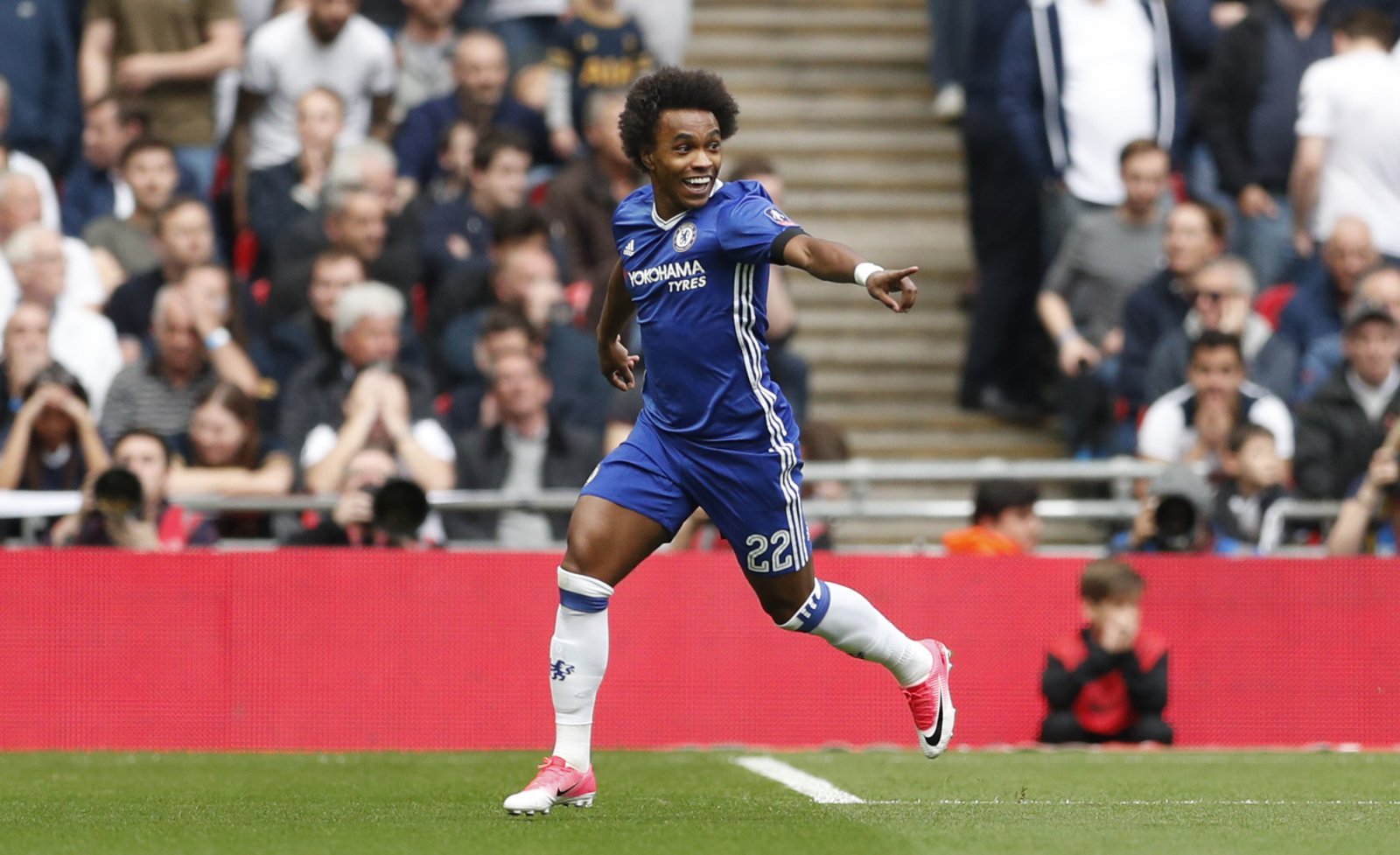 With Conte’s side one-up, and a plane circling the national stadium bearing the Italian’s name and the Chelsea badge on a banner trailing behind, all seemed well. That was until, after a Spurs corner was knocked back out to playmaker Christian Eriksen, top scorer Kane flicked on from the Dane’s whipped ball to find the far corner, game on once again.

The goal certainly calmed Mauricio Pochettino’s men, having looked shaken after Willian’s opener, and although as the first half aged there were few chances for either side it was those from north London who had the best, with Eric Dier glancing a header just wide of the far post and Eriksen looking to follow his assist with an ambitious effort, well held by fit-again Thibaut Courtois.

Having held firm against Spurs’ advances the Blues went in search of the lead once again and were handed a golden chance to take it when, after Heung-Min Son brought down his counter-part Victor Moses just inside the area, referee Martin Atkinson pointed to the spot.

Having begun the half with his impressive free-kick the burden was once again placed on Willian to convert and, with a stuttered run-up sending Lloris the wrong way, he did just that with an assured finish into the bottom-left.

Into the second half and, with Chelsea having opened the first with Willian’s early strike, it was Tottenham’s turn. Eriksen was again on hand with an outstanding assist as his whipped ball across the Chelsea back line found Alli who, having sailed between David Luiz and Cesar Azpilicueta, poked home from six yards. 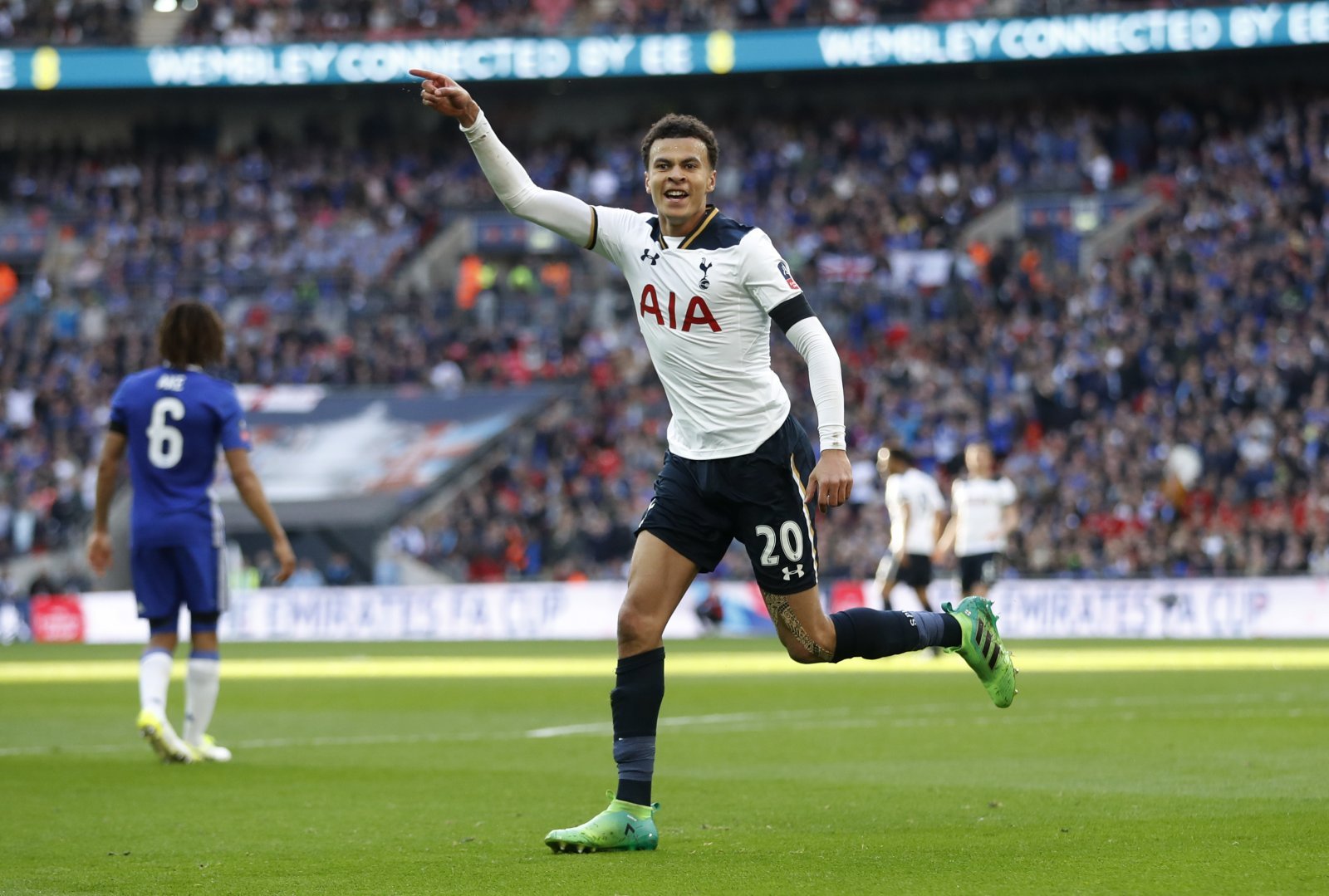 With the tie all-square once again Spurs began to turn the screw, with corner after corner and cross after cross looking to probe the Blues’ back line.

After an hour and having seen his side fall onto the back foot, Conte needed something to change, enter Costa and Hazard, introduced for Michy Batshuayi and goal-scorer Willian, respectively, before introducing former Arsenal man Cesc Fabregas fifteen minutes later.

The Italian’s changes paid dividend seconds after the introduction of the former Gooner when the Spaniard whipped a corner across which eventually found fellow sub Hazard. The Belgian, who has enjoyed an outstanding campaing under Conte so far rifled a left-footed effort through the crowd of players ahead him and into the bottom corner in front of the Blues’ rapturous support.

Minutes later and the tie was all but put to bed when Hazard turned provider finding midfielder Matic in space on the edge of the area, the Serbian unleashed a rocket, destined for nowhere but the top corner of Lloris’ goal the second it left his foot. 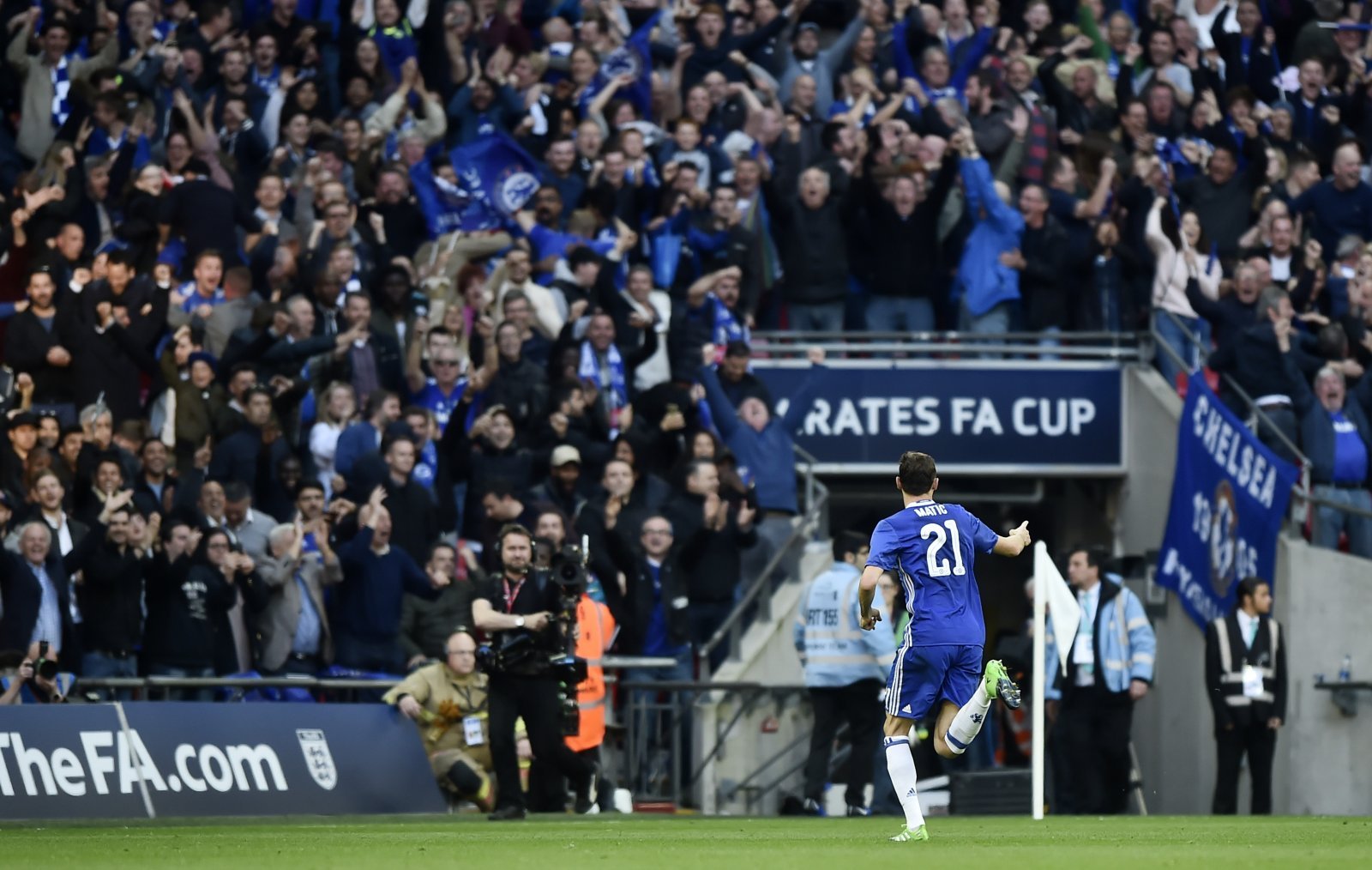 There was a late scare for the celebrating Blues fans as Kane’s injury time free-kick escaped the grasp of Courtois only for the spin of the ball to prevent it from crossing the line. The wait is now on and all eyes in west London will be back on Wembley tomorrow as they find out whether it will be Manchester City or Arsenal they face on 27th May in the final.

With Chelsea having well and truly banished any doubts over their end of season form, here are FIVE things we learned from the first FA Cup semi-final of the season…