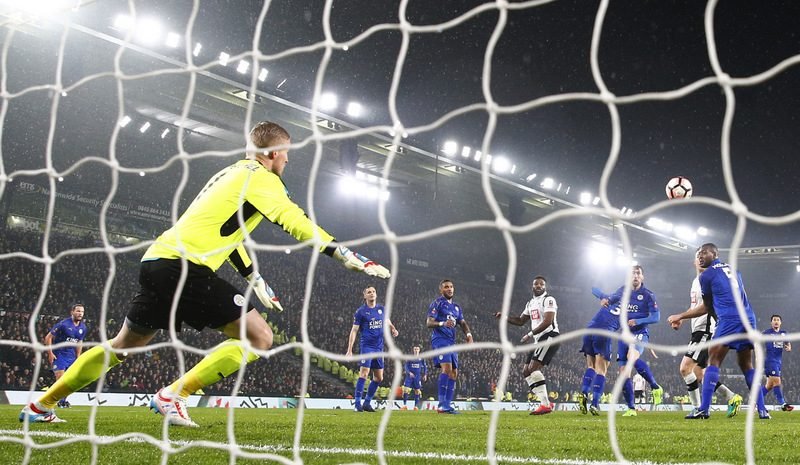 Derby County have taken Premier League champions Leicester City to a replay after drawing 2-2 in the fourth round of the FA Cup.

The Rams thought they had caused a massive shock until Foxes captain Wes Morgan scored a late header to force a replay on February 8.

In their first meeting since 2014, Darren Bent put his own side behind after a catastrophic own goal. He then made amends by scoring at the right end ten minutes later.

Derby then took the lead courtesy of veteran midfielder Craig Bryson, who got his first goal of the season just before half-time.

Friday’s cup tie was a superb occasion, an East Midlands derby between two rivals, under the floodlights and live on TV.

The match was very entertaining and both sides performed well for stages of the match.