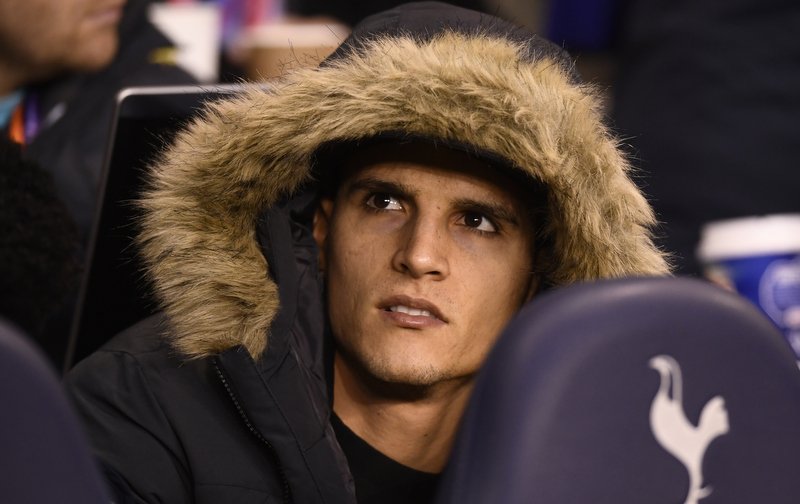 Erik Lamela is becoming somewhat of a forgotten man at White Hart Lane, having not featured for Tottenham Hotspur since October, 2016.

The Argentine has not played for Spurs since his side’s 2-1 EFL Cup defeat to the hands of Liverpool at Anfield, with the club citing a hip injury as the reason.

But with April just around the corner, today marks five months out for the winger, with reports suggesting that his appearance on Merseyside late last year could prove to be his last for the Premier League club.

A few other excuses have been thrown up in the media in regards to Lamela’s absence from North London; with a disagreement blowing up after claims the forward requires surgery, then he struggled to get over the death of his beloved dog Simba, plus his brother was involved in a serious motorcycle accident back in Argentina. 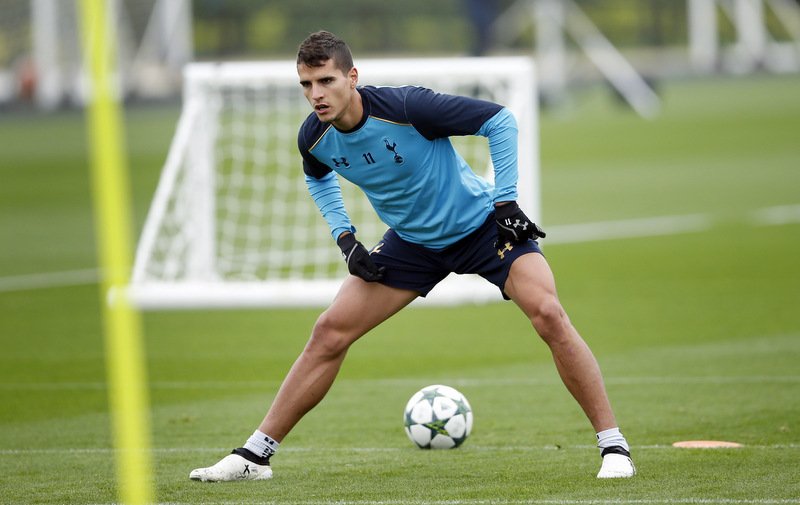 Could just be a mixture of all of the above!

Lamela remains Spurs’ joint-club record signing, alongside Moussa Sissoko, after leaving AS Roma for English football back in August 2013 in a deal worth a reported £30m.

Overall, he has scored 19 goals and provided 31 assists in 121 appearances in all competitions for Mauricio Pochettino’s side.

Earlier this 2016-17 season, Lamela featured in all of Tottenham’s first nine Premier League fixtures, netting against Everton on the opening day of the campaign, with the winger tipped to finally prove worthy of his multi-million price tag with his long anticipated breakthrough term at White Hart Lane.

But injury, and seemingly a series of unfortunate events, have hampered his fourth season at Spurs, fuelling speculation about his long-term future at the club, with the 2017 summer transfer window fast approaching.

With just over 12 months remaining on his current contract, the player will surely fear boss Pochettino cashing in on the absent Argentine, rather than risk losing him for nothing next summer.

Reports once again suggest negotiations over a new deal for Lamela are scheduled to take place at the end of the season, but the forward is hoping to put pen to paper on improved financial terms, wanting a £120,000-a-week wage packet.

Tottenham’s reluctance to stall talks til the summer suggests the club are not fully convinced Lamela is a key part of the first-team going forward, and maybe willing to listen to offers ahead of the 2017-18 term.

To be honest, Spurs haven’t fared too badly without the former River Plate man.

Missing White hart Lane every minute! Thanks to all of those who encourage me day by day!

Pochettino’s men currently lie second in the Premier League standings, albeit 10 points adrift of leaders Chelsea with only 10 games remaining, whilst Tottenham are also in the semi-finals of the FA Cup and face The Blues later this month at Wembley Stadium.

So, with Spurs still on course for their best-ever finish in the top-flight and a place in next term’s UEFA Champions League, as well as their first piece of silverware since 2008 (League Cup), does manager Pochettino actually need his fellow countryman at White Hart Lane beyond this summer?

The likes of Harry Kane and Dele Alli, plus Son Heung-min during specific spells, have consistently led and delivered at the heart of Tottenham’s strike force.

There are also still high hopes for the likes of Georges-Kevin N’Koudou and Josh Onomah, whilst Vincent Janssen’s future looks much more bleak in North London.

But with Spurs’ switch to their new 61,000-capacity stadium by the 2018-19 campaign, the club will inevitably be looking to lure even bigger and more high-profile stars to the Premier League outfit in order to fight for titles, domestically and in Europe, each season.

In fairness; Lamela is largely liked by Spurs supporters, but if the club were to bring in some of the likes of Isco, Wilfried Zaha or Anthony Martial this summer, not only would the Argentine be completely forgotten, but most likely a thing of the past, with Tottenham bound to cash in and move on.

Do you agree? Will Lamela play for Tottenham again? Have your say in the comments sections below…