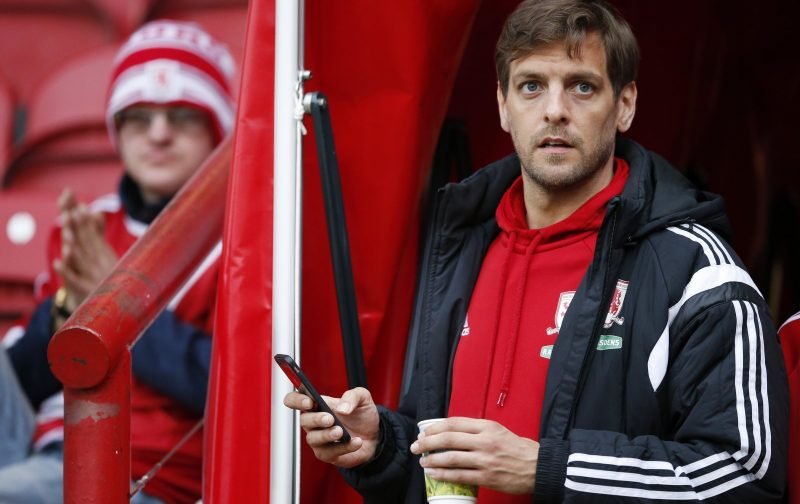 News that Jonathan Woodgate has rejoined his former boyhood club Middlesbrough as part of the coaching staff has been greeted with a mixed response.

Some fans of the relegation strugglers wonder whether he’s the right man for the job, as the club looks to stop the rot after a dreadful run which has seen them fail to win a single league game in 2017.

Woodgate first left Boro in 1996 to join Leeds United, where he was part of the exciting young side which under David O’Leary challenged at the top of the Premier League and also reached the latter stages of the Champions League.

The squad was then sold off player by player as the club had massively overspent, and fans of the Elland Road outfit have been giving their verdict on social media to news that their former defender is now back at the Riverside Stadium.

So Jonathan Woodgate was working at Liverpool as a snout? Who knew? Now 1st team coach at soon to be relegated Middlesbrough!

Woodgate back a boro, heads straight for the treatment rm after walking more than 5 steps in a row #lufc https://t.co/bafQhlSPNo

Good luck to Woodgate, would love to see him as Leeds manager down the line.
Awesome player#mot

@GraemeBandeira he’s Leeds and he knows he is #lufc #mfc