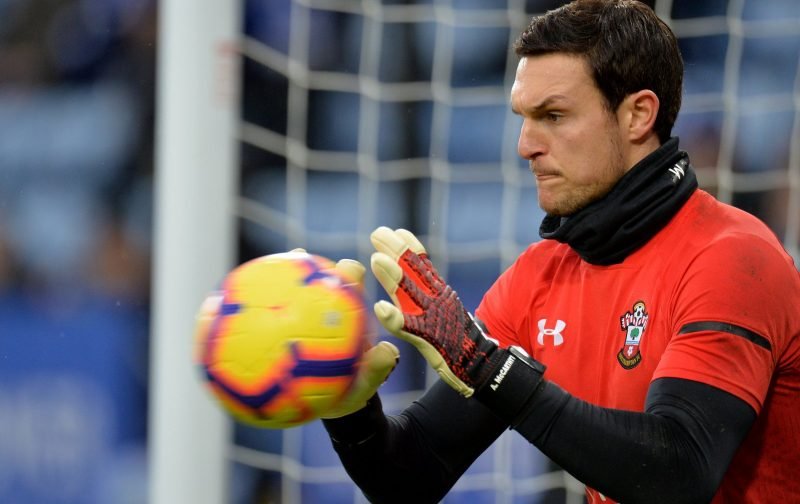 Liverpool are reportedly interested in signing Southampton goalkeeper Alex McCarthy, according to the Evening Standard.

Reds back-up stopper Simon Mignolet reportedly wants to leave Anfield in sought of first-team action and the club have said that they would not stand in his way should he decide to leave.

The Belgium international made only two appearances last season after Jurgen Klopp signed Alisson from AS Roma for a fee of £66.8million.

This means that they are focussed on bringing in a replacement for the Belgian and, having had a long-standing interest in McCarthy, could now look to bring him in.

The 29-year-old is open to a move to the current European champions but it’s claimed he is still keen on regaining his first-team spot at Southampton.

McCarthy lost his place to Angus Gunn following the appointment of Ralph Hasenhuttl despite being voted the Saints’ Player of the Season the previous campaign.

Signed from Crystal Palace in 2016, the ‘keeper has made 48 appearances for the St Mary’s outfit in which time he made his senior England debut in a 3-0 win against the United States in November 2018.