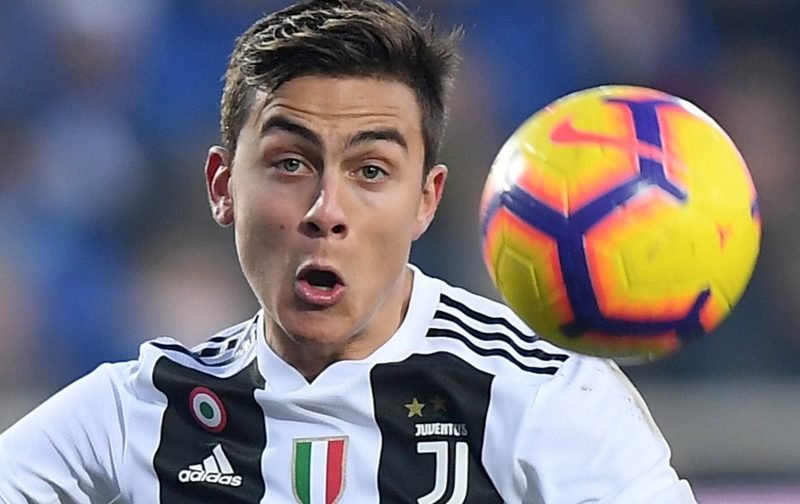 Man United considering a staggering £120million move for Juventus star Paulo Dybala if Romelu Lukaku leaves, according to The Sun.

The Sun report that United have been very impressed with 25-year-old Dybala in the last couple of seasons, whilst Juventus have watched Lukaku.

With the likelihood of Ole Gunnar Solskjaer becoming the permanent manager at Old Trafford growing by the day, it’s thought that Dybala is seen as a potential player to boost the Norwegian’s chances of leading his side back to a Premier League title.

Ole Gunnar Solskjær will be keen for fresh faces if he is to secure the permanent role.

Juventus are clearly not keen to lose one of their star players as they look set to claim another Serie A title, with the Argentinian’s goals and assists a key part of their dominance.

However, The Sun report the Old Lady would be willing to let their number 10 go if an offer of around £120million was to come in from Manchester.

A potential summer swap deal could also be on the cards with Lukaku, as the Italian club have shown interest in the Belgian striker.

Lukaku is not receiving the game time he would like at Old Trafford and reports suggest he is a huge admirer of Cristiano Ronaldo and would love the chance to play with the Portuguese legend before he retires. But fellow Serie A club Inter Milan are also interested in the Belgian goalscorer.