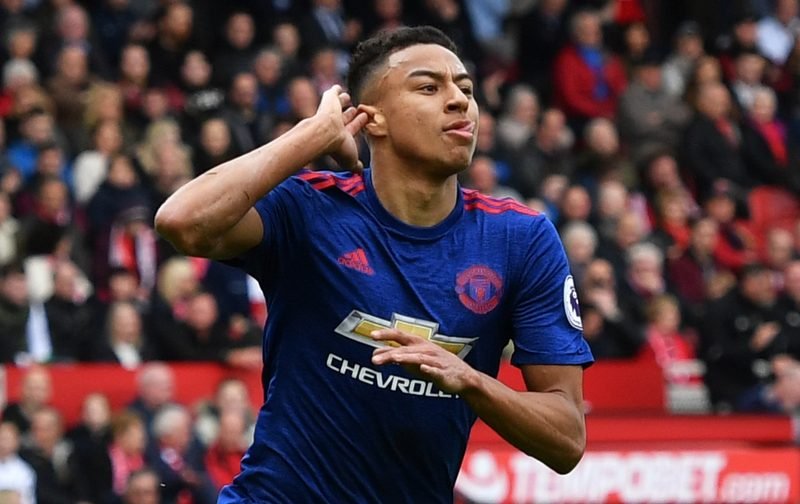 Sky Sports claim the winger is set to treble his wages to around £100,000-a-week, despite being subject to reported interest from Arsenal prior to this year’s January transfer window.

The 24-year-old, who has four international caps for the Three Lions, has scored five goals and provided three assists in 29 appearances in all competitions for The Red Devils so far this season.

Lingard has just over a year left on his current deal at Old Trafford, and United were keen to tie him down to a new contract, having developed the forward since he joined the Premier League giants at the age of seven.

Despite the winger becoming a regular under manager Jose Mourinho this campaign, United fans took to Twitter to slate the club’s decision to reward the youth graduate with a whopping wage packet of £100,000-a-week …

Nah sorry, I’d rather Lingard left on a free than earned 100k a week

Jesse Lingard contract was up in a year. Had to offer him something. 100k a week is ridiculous but that’s the English premium. #MUFC

Give me 1k-a-week and I’ll do wonders.

Also just heard that Jesse Lingard is going to be getting 100k a week, decent player, not worth that though. #MUFC

Not surprised Lingard stays; hard working and Mourinho is a fan. Not to sure he warrants those wages though#MUFC pic.twitter.com/52l7sz9xv9

£100,000 a week for Jesse Lingard? What Ed Woodward been smoking up there? #mufc