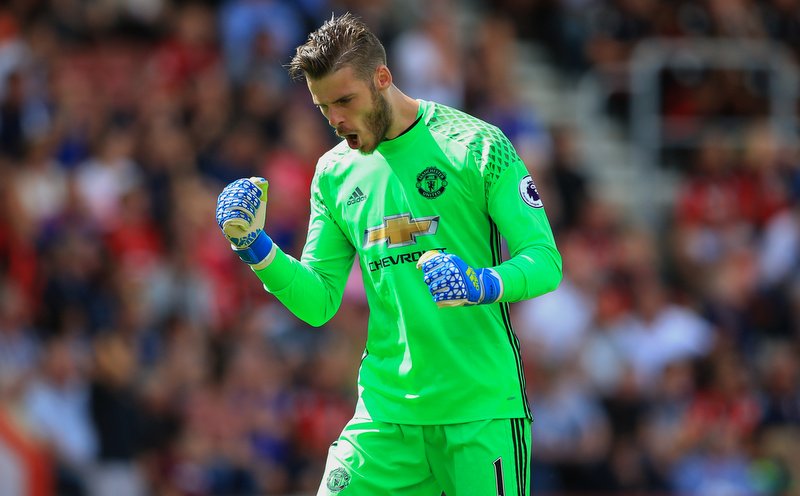 Manchester United goalkeeper David De Gea is reportedly still a transfer target for Real Madrid this summer, according to the Telegraph.

The Premier League side, who currently sit sixth in the English top-flight standings following Sunday’s 3-0 victory over Leicester City at the King Power Stadium, have staved off the La Liga giants numerous times in the past as they continually try to lure the shot stopper back to his homeland.

The 26-year-old, who has 18 international caps for Spain, has kept 11 clean sheets in 32 appearances in all competitions for The Red Devils so far this season.

De Gea, who arrived at Old Trafford back in June 2010 following his move from La Liga rivals Atletico Madrid, is wanted by Madrid boss Zinedine Zidane as his new No.1 at the Bernabeu to replace Keylor Navas.

However, the report suggests that the Spanish giants have also earmarked Tottenham Hotspur’s Hugo Lloris as an alternative target, although Chelsea’s Thibaut Courtois is still thought to be Zidane’s number one target.