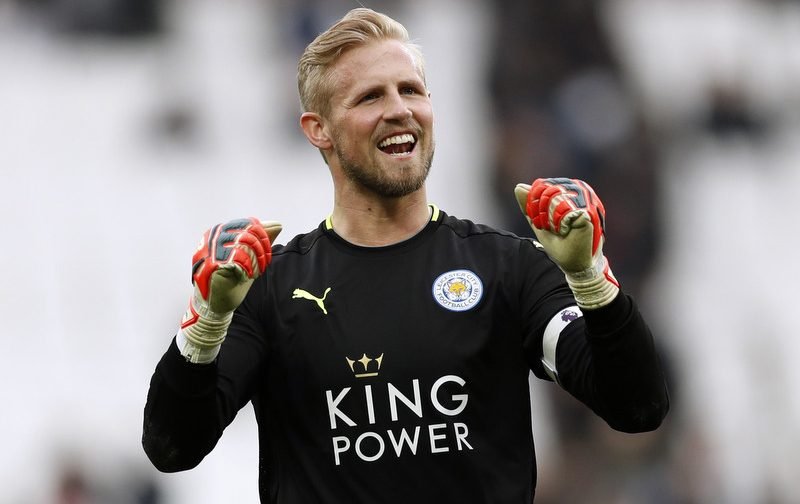 Kasper Schmeichel is one of the reasons Leicester City have been able to turn their season around lately with a series of stunning saves, including a late one in the 3-2 win over West Ham United at the weekend, saving from Andy Carroll at point blank range to make sure The Foxes left London Stadium with all three points, which is now encouraging more teams to pursue the Danish keeper according to the Mirror.

Marc Albrighton claimed after the game against West Ham that Schmeichel’s impressive performances of late, including his one against Sevilla in the Champions League which saw him save a Steven N’Zonzi penalty, have increased the number of clubs chasing The Foxes’ number one.

“Over the two legs against Sevilla, he was the main factor in us winning the tie – and he’s won us that game as well,” the winger admitted.

“He pulled off two or three saves where I thought he had no chance, and things like that weren’t going for us at the start of the year.

“Kasper has been a brick wall in that goal, although we can’t rely on him all the time and we need to ease the pressure on him if we can.

“He is rightly getting recognition as one of the top keepers in Europe and he deserves the plaudits because he’s been superb, and teams will probably come sniffing for him, but not many could afford him.”

Craig Shakespeare has completely revitalised Leicester, guiding them to three successive league wins, not to mention qualifying for the Champions League quarter-finals, but if he is going to become The Foxes boss past the summer, then he’ll want to keep his most talented players – including Schmeichel.

Premier League rivals Manchester United have been recently linked with a move for the Dane star.