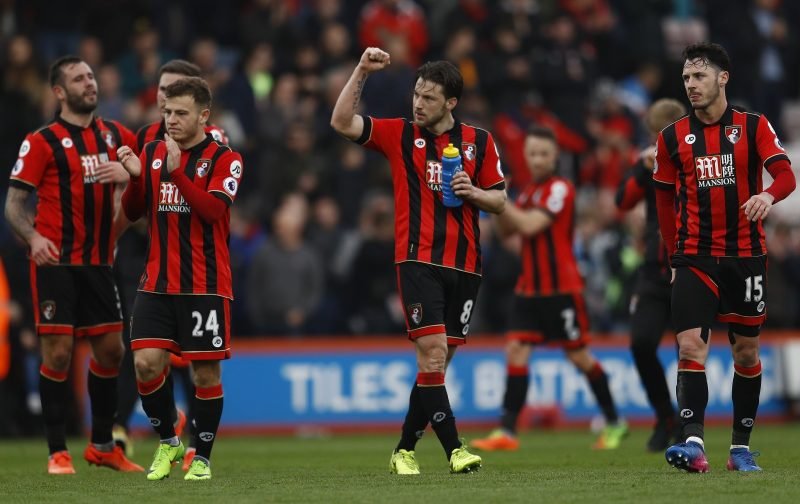 If you haven’t won a game since December and are cautiously looking over your shoulder at the darker corners of the Premier League, missing two penalties at home before conceding in the 83rd minute is far from the best way to get your season back on track.

That’s just how Bournemouth went about picking up their first win of 2017 and their first since a 1-0 win over champions Leicester 89 days ago, in a fiery encounter with West Ham which saw forward Josh King turn in the performance of his career, picking up the match ball.

One positive in that barren run was the form of Saturday’s hat-trick hero. Going into the clash the 25-year-old had scored four goals in as many games, the best run of his career to date, and the forward improved on that making it seven in five, despite missing a penalty early on. 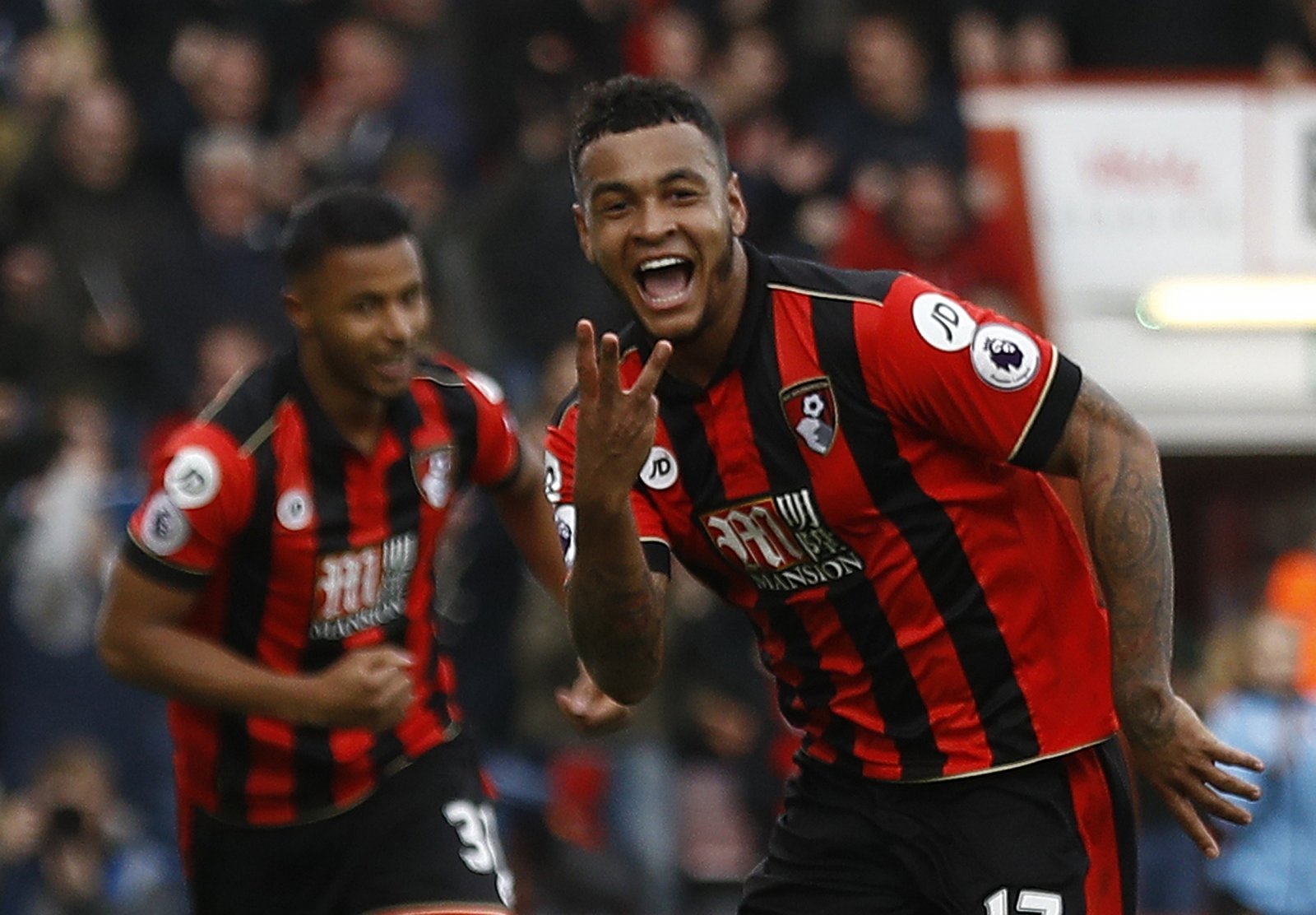 Having made their visitors wait in the tunnel ahead of kick off Eddie Howe’s side enjoyed the brighter of starts, catching out the east Londoners on a couple of occasions in the first five minutes before the first real chance fell to Benik Afobe, when the former Arsenal man headed wide from Marc Pugh’s cross.

The Cherries were handed a golden chance to take the lead after seven minutes, when Sofiane Feghouli brought down Charlie Daniels as he made his way through on goal.

Up stepped King who, having scored a penalty at Old Trafford a week ago, sent ‘keeper Darren Randolph the wrong way but watched his effort go wide of the mark.

Just 48 seconds later and the Hammers had the lead with their first sniff on goal. Feghouli, having given away the spot kick at the other end, played in Michail Antonio who spun on the spot and finished smartly into the far corner to make it two goals in two against the Cherries this season. 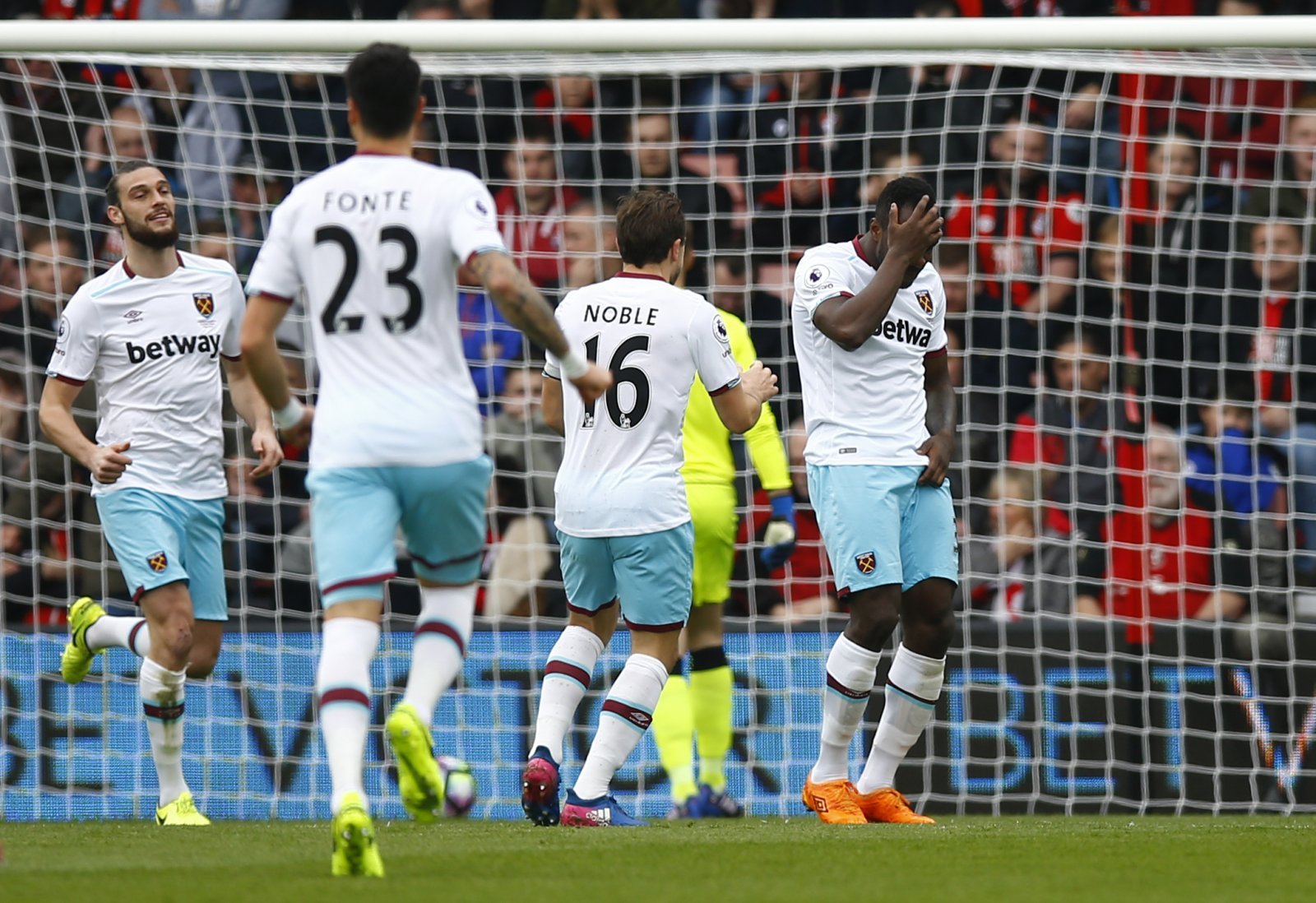 Bournemouth bounced back in fine form, with Afobe and Daniels both going close, although the former was penalised for handling the ball on his way to hitting the post.

Howe’s side, sensing an opportunity after a near miss from Manuel Lanzini, looked for a way back in with Ryan Fraser, now a permanent fixture in the Cherries line up, testing Randolph from range before Steve Cook forced the international to tip an effort over the bar.

As the hosts began to ramp up the pressure, Afobe found King on the penalty spot who, with a deft flick over his head, turned former Southampton captain Jose Fonte and fired home into the corner he was looking to find with his spot kick.

The Norwegian’s goal added some real bite to the game and, after tempers flared with West Ham’s Pedro Obiang bringing down the Cherries’ redeemed No. 17, the hosts had another opportunity put on a plate.

Having been at fault for the goal, January signing Fonte was once again in Bilic’s bad books as he brought down Pugh to give Howe’s side another spot-kick and a chance to take the lead. However, if King’s effort from twelve yards was inexcusable, God only knows how to sum up Afobe’s.

The No.9 opted to go for the opposite corner to his teammate, however, with Randolph going the right way this time, the shot-stopper could have stayed on his feet to keep out such a weak attempt, another chance wasted. 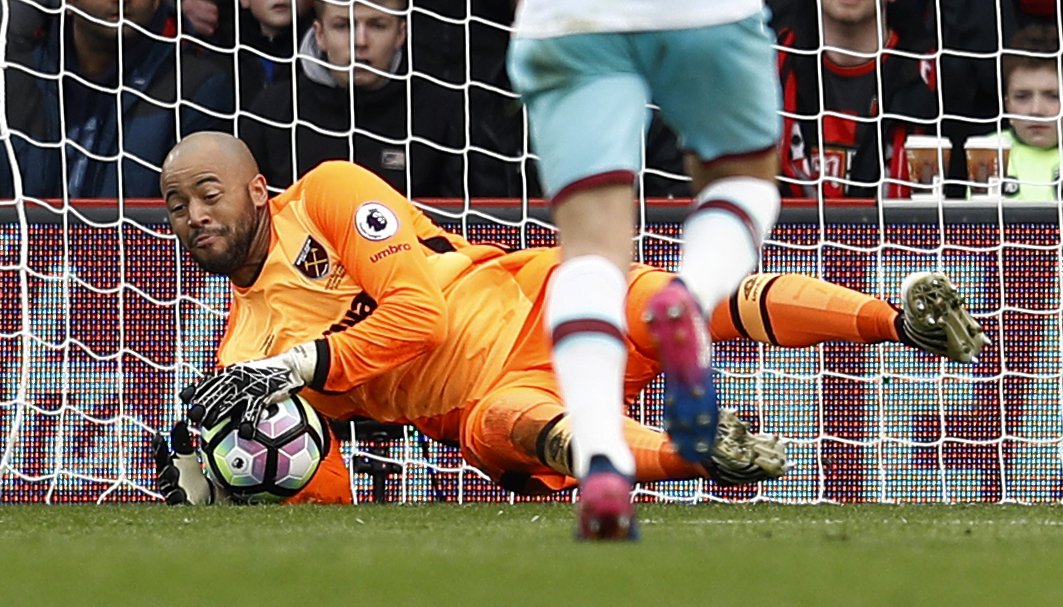 Having come back out for the second half, the Cherries went looking for something to settle their nerves and found it quickly when King, still feeling guilty for that spot kick miss, fired Howe’s side into the lead for the first time on 48 minutes.

Fraser’s poor free kick found the head of a diving Steve Cook, whose header – having deflected off Afobe – fell to the unmarked King who had to wait for conformation from referee Bobby Madley, with the Hammers players claiming handball against Afobe.

The second half calmed with the Cherries having grabbed their lead and with his side seemingly running out of ideas, Bilic looked to change things up with the introduction of both Robert Snodgrass and Andre Ayew, however, there seemed no immediate impact, with both ‘keepers having only to deal with long range efforts from Afobe and Antonio.

With fifteen minutes left to go the spark returned, with King – looking for a hat-trick – fumbling a couple of chances at one end before mucking in at the back and heading clear from a succession of corners.

His defensive efforts were well and truly undone when Obiang found substitute Sam Byram with a superb through ball before the former Leeds Untied man calmly cut back for fellow sub Ayew, who couldn’t miss his second goal for the club.

Having had three points in the bag for so long, however, the Cherries were not about to sit back. Howe introduced summer signings Jack Wilshere and Lys Mousset to look for a route back into the game and, after a soft penalty claim from Andy Carroll, they had it.

On-loan Arsenal man Wilshere lead a 90th minute counter-attack finding Pugh for a one-two and, with the ball back at his feet, fired goal-ward. Wilshere’s effort was stopped by Randolph however his parry found King who was not going to pass up the chance for a first ever Premier League hat-trick. 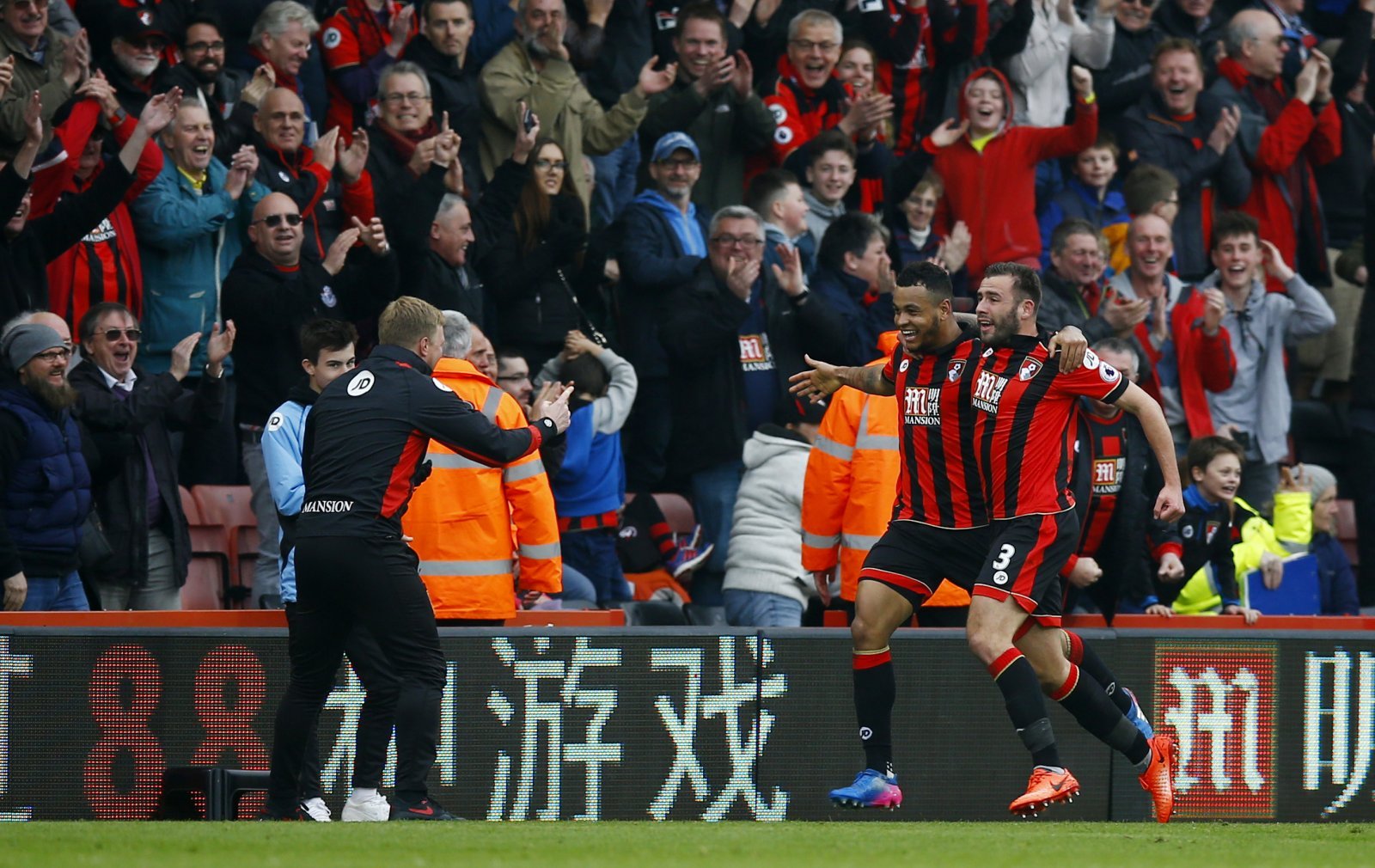 Having grasped their lead once again, Howe’s side saw out the remaining five minutes of injury time without incident to earn a crucial three points as they look to distance themselves from the scrap at the bottom of the Premier League.

Up next for the Cherries is the visit of relegation battling Swansea City, however, in the meantime, here’s five things we learned from an action packed afternoon at the Vitality Stadium…