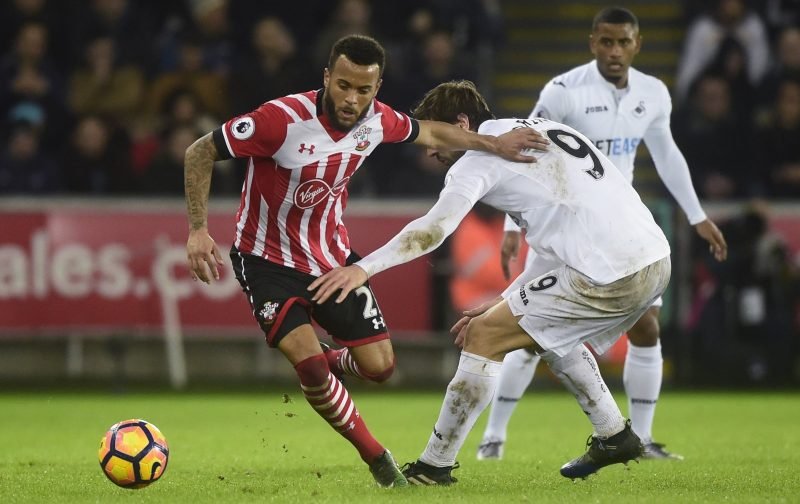 It’s getting to that time of year which seems hugely familiar to Southampton fans – their best players are linked with moves away from St Mary’s.

Premier League leaders Chelsea were yesterday reported to be leading the way in the race for centre-back Virgil van Dijk, and today Antonio Conte and his team are reportedly eyeing up another Saints starlet in the form of Ryan Bertrand.

The 27-year-old of course left Stamford Bridge back in 2015 after several loan spells away from the club, but he was part of that Champions League winning side back in 2013, making his full European debut in their final victory over Bayern Munich.

Bertrand has been excellent at St Mary’s since signing permanently in 2015, and is even a regular in the England squad now and did indeed start both of their internationals over the last few weeks in place of the injured Danny Rose.

And his impressive displays for both club and country appears to have alerted Chelsea boss Conte, who is looking to bolster his defensive options with the signing of the left-back.

And, unsurprisingly, it has stimulated quite the response from Southampton fans on Twitter, with many sincerely hoping that the club can stave off interest for their star players…

Van dijk. Cedric, Bertrand, all being linked with moves away from #Saintsfc #Meltdownlevel4

@ReadSouthampton Wasn't wanted at Chelsea. Villa didn't work out & their fans thought he was v poor. He wants 2 remember which club he has developed at !

@tribalfootball Why would Bertie want to sacrifice his 1st team place at #saintsfc for CFC bench ( a place he knows well & didn't enjoy last time round !)

@talkSAINTS You don't value what you have until you lose it..

@ReadSouthampton Can't lose both, that would be a bad move. Les Reed, please stand firm!