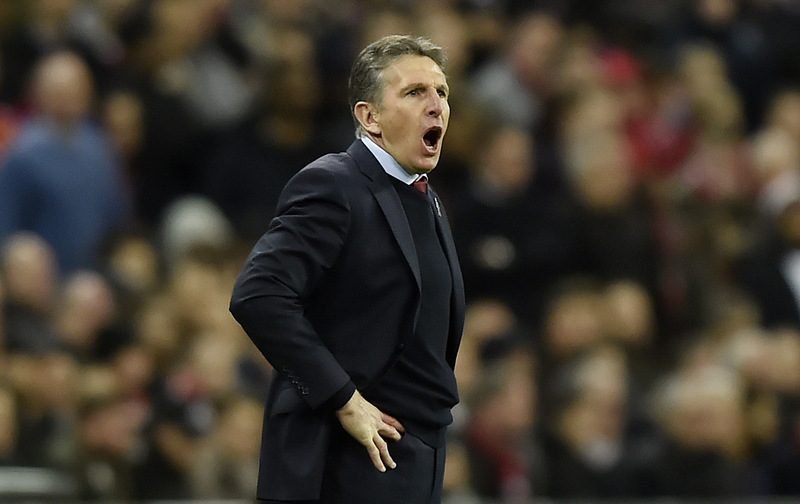 Southampton will look to back up their fine win over Crystal Palace in midweek with three points at West Brom on Saturday (3pm kick-off).

Claude Puel’s side rose to ninth after seeing off the Eagles 3-1 at St Mary’s on Wednesday night, with goals from Nathan Redmond, Maya Yoshida, and James Ward-Prowse securing an important three points for the Saints in their quest for a fourth successive top half finish in the Premier League.

And with three wins in their last five league games, they’ll be confident of getting a positive result away at Tony Pulis’ West Brom on Saturday.

The Baggies suffered a 2-0 loss to Watford in midweek, and it means that they go into Saturday’s clash at the Hawthorns having won just one of their last five games, albeit that was their impressive 3-1 success over Arsenal on March 18.

Nonetheless, Puel’s Saints will fancy their chances of recording back-to-back league wins, yet the Frenchman may look to make some changes to his side on Saturday.

Thus, here are THREE Southampton stars who deserve a chance against West Brom…