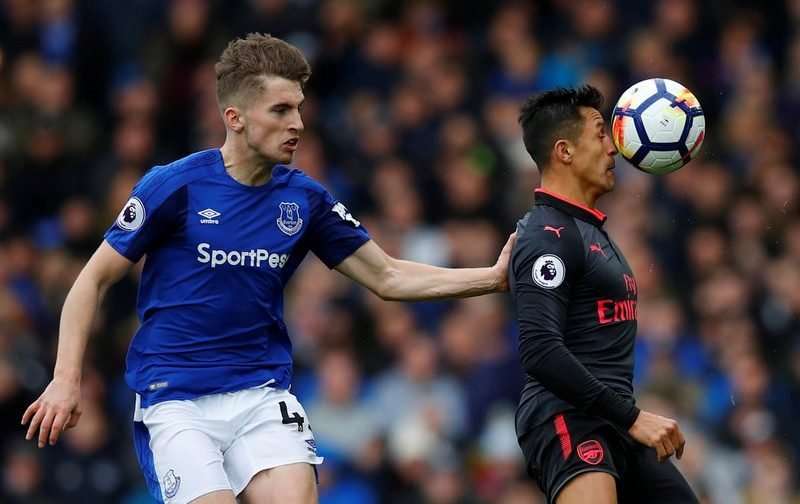 Born just a short walk away from Goodison Park, Kenny has been tipped for a bright future in a Toffees jersey for the foreseeable future, having first joined the club’s academy ranks at the age of nine.

Now 20-years-old, the primary right-back has made six first-team appearances for Everton, including a start against Premier League giants Arsenal on Sunday.

However Kenny, who made his first-team bow against Norwich City back in May 2016, is a hugely versatile player, who can operate as a centre-half, central midfielder or a right-sided midfielder, as he did against The Gunners during yesterday’s 5-2 defeat. 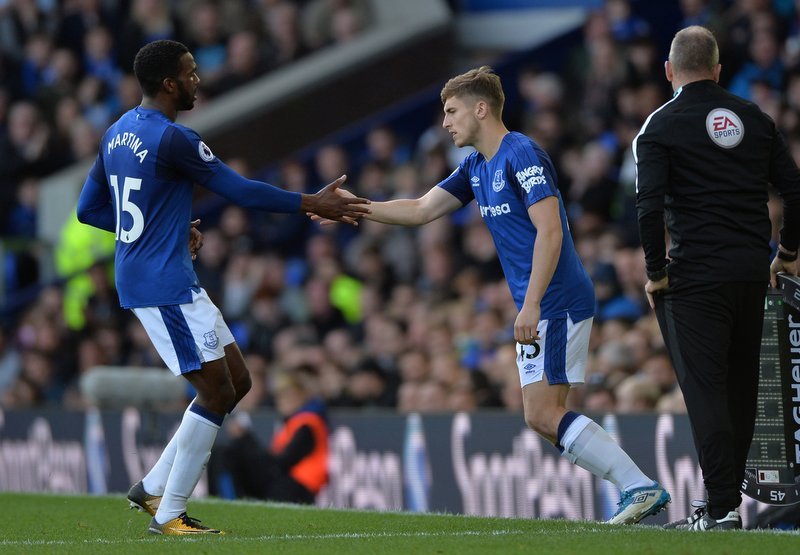 Everton’s Kenny comes on as a substitute to replace Cuco Martina against AFC Bournemouth.

As well as impressing at club level, the Kirkdale-born youngster has relished success on the international stage. Having represented England at every youth level, he recovered from a broken collarbone in time to make the Under-17s squad for the 2014 European Championship Finals, where he scored the winning penalty to lift the trophy against the Netherlands in the final.

Later that year, Kenny was named on the bench for Everton’s first-team game against FC Krasnodar in the UEFA Europa League, despite not eventually featuring during the 1-0 defeat in December 2014.

Ahead of the 2015-16 season, the right-back rejoiced in his first taste of first-team action against Swindon Town during pre-season, before joining League One side Wigan Athletic on loan for the first three months of the campaign.

He went on to make seven appearances for The Latics, before then signing for then League Two outfit Oxford United for the remainder of the 2015-16 term.

Kenny helped The Us secure automatic promotion after featuring 20 times for Michael Appleton’s men, providing an assist during his impress loan spell.

Following his celebrations at the Kassam Stadium in early May, the defender returned to Goodison and was handed his senior debut against Norwich during Everton’s final Premier League fixture of the season – playing 61 minutes as a first-half substitute.

Last September, the club rewarded Kenny with a three-year contract extension, before he captained Everton’s Under-23 side to the Premier League 2 title.

More silverware followed in the summer, as Kenny played in all seven of England’s fixtures at the 2017 FIFA Under-20 World Cup, where the Young Lions defeated Venezuela 1-0 in the final – the country’s first tournament win since 1966. 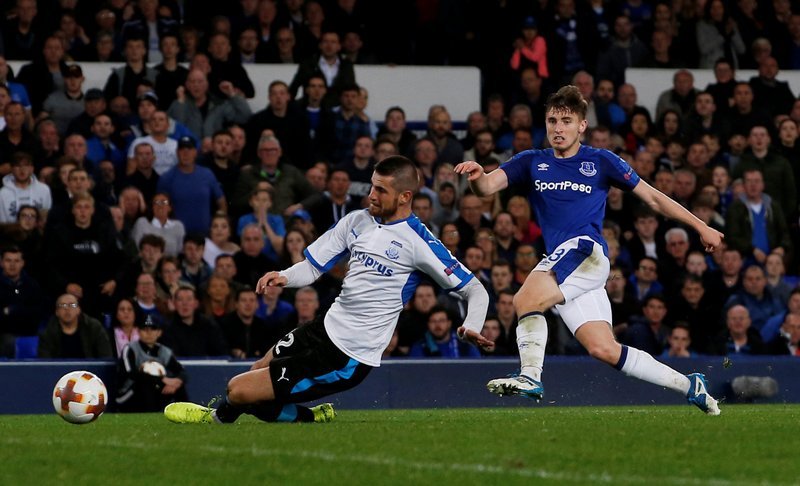 Everton’s Kenny has an attempt at goal against Apollon Limassol in the UEFA Europa League.

This term, Kenny’s first-team prospects has been relatively restricted due to the arrival of Cuco Martina from Southampton in the summer, meaning he is fighting for a starting berth against the Curacao international, Mason Holgate and Seamus Coleman – despite the Irishman’s ongoing recovery from a double leg fracture.

However, his start against Sunday against Arsenal at Goodison demonstrates how much Everton and Ronald Koeman rate the youngster, despite the manager’s future in Merseyside coming under serious threat after slipping down to 18th in the Premier League standings.

Kenny has been involved in as many first-team outings, as Under-23 fixtures this season, showing the 20-year-old’s emergence into Everton’s senior plans. There is plenty of competition ahead of the Kirkdale-born defender, but given his versatility, the starlet looks set to stay among the club’s first-team squad as they look to dig themselves out of their rotten form.

Kenny is a player to look out for in the near future – both at club and country level.