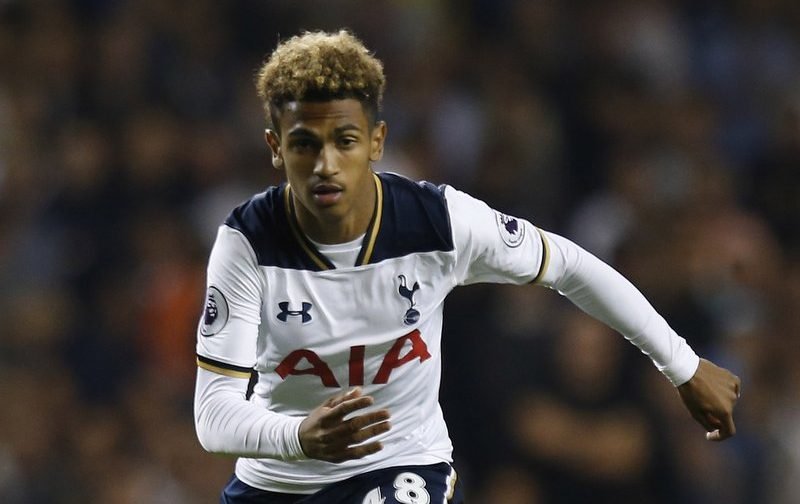 Following last month’s feature on Everton defender Jonjoe Kenny, our attention switches to the capital city of London, where we delve into the highly rated career of Tottenham Hotspur starlet Marcus Edwards.

Now 19-years-old, who is of Greek Cypriot descent, he put pen to paper on his first professional contract at White Hart Lane back in August 2016, before joining Mauricio Pochettino’s first-team squad for pre-season ahead of the 2016-17 campaign, where he featured against the likes of Juventus and Atletico Madrid. 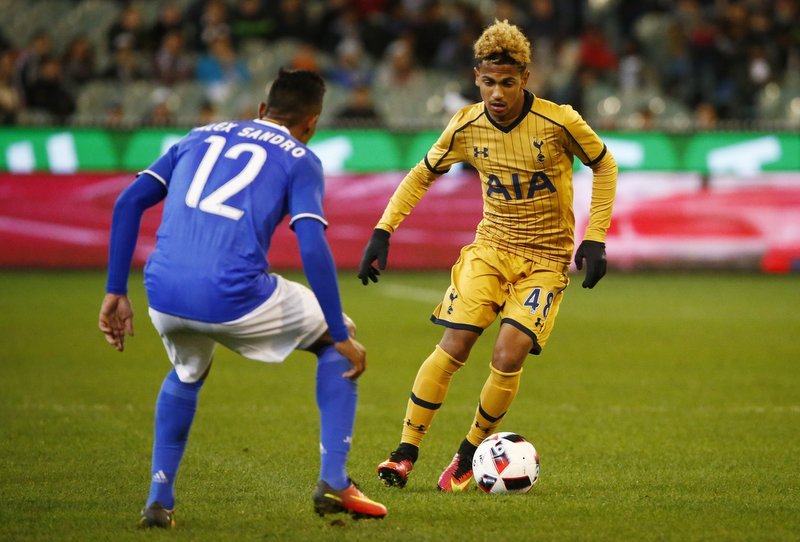 Tottenham’s Marcus Edwards in action against Juventus’ Alex Sandro during pre-season in 2016.

Edwards, who can operate on the right wing, or as a central attacking midfielder, then made his senior debut for the North London outfit in September 2016, after coming on as a substitute against Gillingham in the EFL Cup.

“The qualities – it’s only looks, his body and the way that he plays – remember a little bit from the beginning of [Lionel] Messi,” those were the words of manager Pochettino, the day before his first-team bow for Spurs. Some likeness to the FC Barcelona and Argentina legend!

Despite undergoing ankle surgery late last year, which ruled him out for the majority of the season, Tottenham rewarded Edwards with a new contract this summer, putting pen to paper on a deal to keep him at Spurs until at least 2020.

The 18-year-old, who celebrates his birthday this Sunday, is yet to make his mark for Spurs’ first-team this term, but has impressively scored seven goals and provided four assists in 14 appearances in all competitions for the club’s Under-23 side.

As well as starring for his club, among players still years above his age, Edwards is an England Under-20 international, having represented the Young Lions five times, including two goals.

However, his greatest achievement on the international stage was helping England win the UEFA European Under-19 Championships this summer.

Keith Downing’s Young Lions made history by beating Portugal 2-1 in the final to become the first England side to win that age category title, with Edwards used as a second-half substitute. 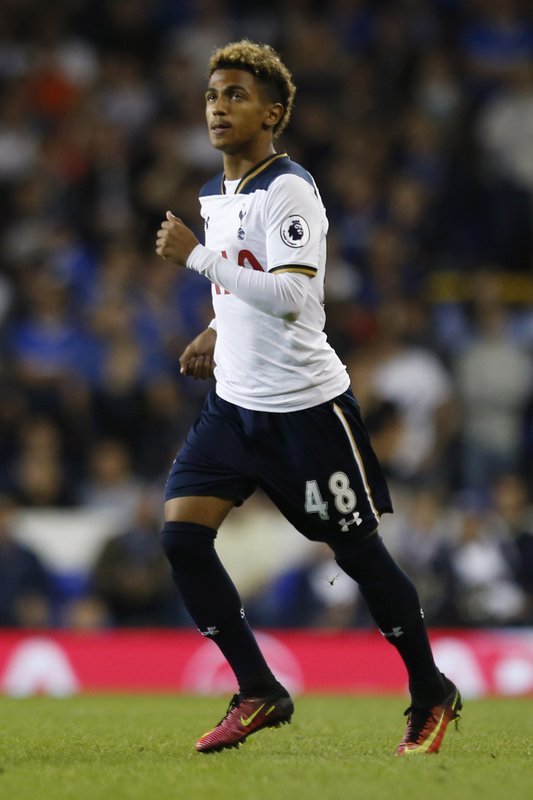 The technically gifted attacker loves to take on defenders with his rapid pace, dynamic dribbling ability and stunning trickery.

With the likes of fellow youth graduates Harry Kane and Harry Winks starring for Tottenham in the Premier League and Europe, Edwards is destined to follow in their footsteps and become Spurs’ ‘next best thing’ within the the next few years.