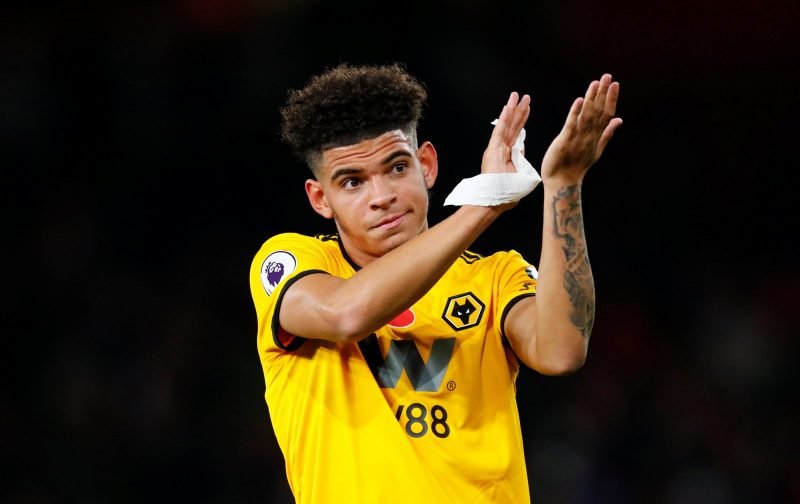 Following last month’s edition on Liverpool midfielder Curtis Jones, this time we take the trip to the West Midlands to focus on the bright future of Wolverhampton Wanderers’ Morgan Gibbs-White.

A box-to-box central midfielder with the attributes to fill in anywhere across the middle of the park or off a centre-forward, Gibbs-White joined Wolves’ academy at the age of just 8.

Having represented his boyhood club at every level, his impressive rise through the ranks saw him earn a first-team debut against Stoke City in the FA Cup aged 16.

Six months on from that memorable day, the Stafford-born starlet experienced one of the greatest moments of his life, hitting the headlines as part of the England U17s team to win the World Cup. 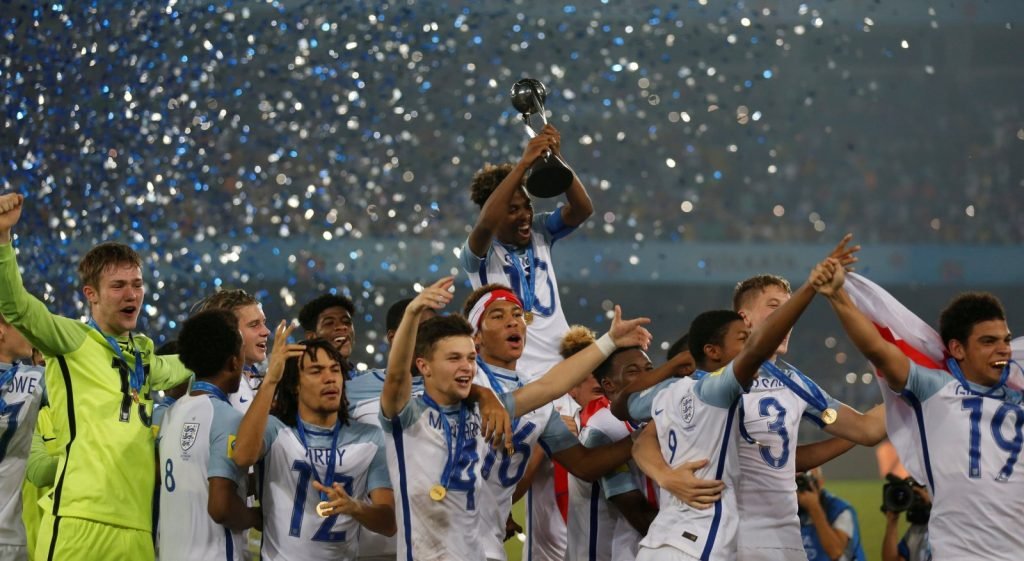 Gibbs-White (far right) was pivotal in England’s U17 World Cup winning campaign in 2017.

A key member of the team alongside Manchester City’s Phil Foden in the Young Lions’ midfield, Gibbs-White scored in both the quarter-final and final victories against USA and Spain respectively.

This saw him return to Molineux with even more confidence and, from there, he has continued to go from strength to strength.

Following his heroics at international level, the teenage talent made 15 appearances for Wolves as they won the Championship and sealed a return to the Premier League for the first time since 2012.

During the campaign the youngster, who has since stepped up to U18s and U19s at England level, was rewarded with a new four-and-a-half year contract.

Despite promotion to the top-flight, Wolves boss Nuno Espirito Santo has continued to show faith in his number 17, handing him six appearances to date.

In those he was picked out for special praise on Match of the Day for the impact he made against Tottenham, and came close to scoring the winner when he hit the angle of post and crossbar with a great strike in the 1-1 draw at Arsenal. 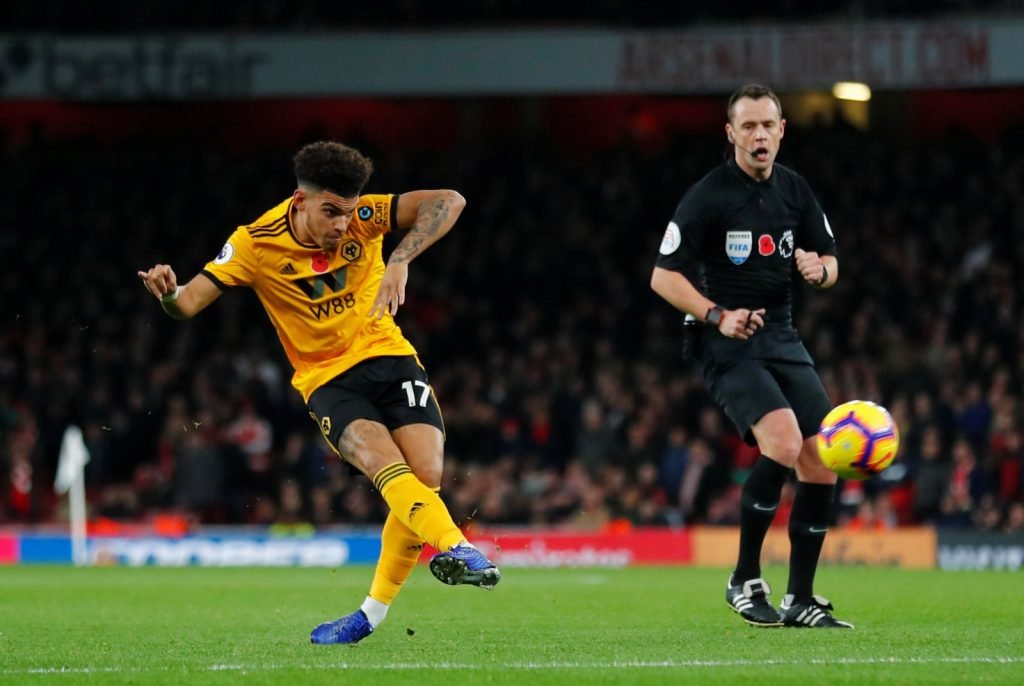 The young star came so close to earning Wolves a famous win at the Emirates.

Due to the partnership of Joao Moutinho and Ruben Neves in the heart of Wolves’ midfield, the player who idolised Paul Scholes as a youngster may have to wait a little longer to secure a regular starting spot.

However, his performances have shown he’s not fazed by pitting himself against the best players in the world, a trait which has reportedly caught the eye of Three Lions chief Gareth Southgate.

If he stays grounded and keeps developing at his current rate, Morgan Gibbs-White could soon be a household name at both Premier League and senior international level.