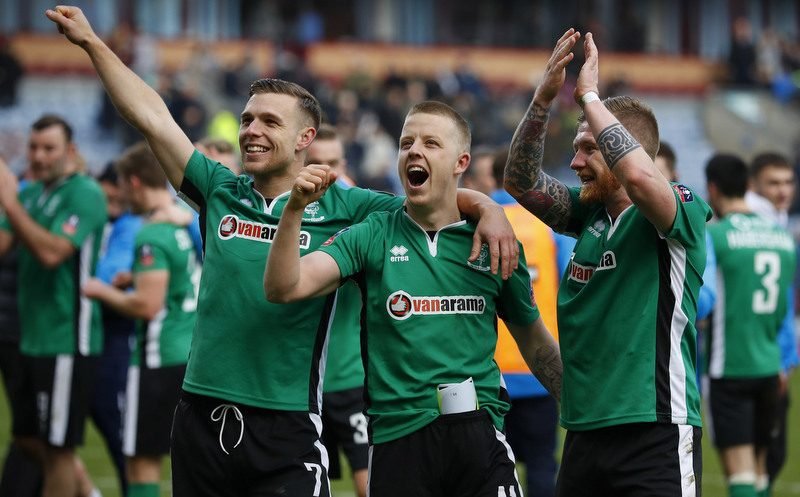 Every team left in the FA Cup at this stage, only has one thing on their minds now as they edge ever closer to Wembley Stadium. Just two wins to go until the semi-finals.

All eyes were on Lincoln City and Sutton United who were on the hunt for another huge cup upset. Lincoln were away to Premier League Burnley, and Sutton at home to the might of Arsenal.

Elsewhere, Millwall, who had already knocked out two Premier League outfits, were looking to do it again, as defending champions Leicester City visited The Den.

There was also the feel of Giants v Minnows at the Riverside, where Oxford United travelled to Middlesbrough, and at the John Smith’s Stadium where Pep Guardiola’s Manchester City faced David Wagner’s Huddersfield Town.

Premier League v Championship opposition was a re-occurring theme, it was also the case at Molineux which saw Wolves face league leaders Chelsea on Saturday evening.

Also on Sunday when it was Fulham v Spurs and Blackburn Rovers  v Manchester United.

After the conclusion of the FA Cup fifth round, bar any replays, here are Shoot!‘s Player, Team and Goal of the Round…