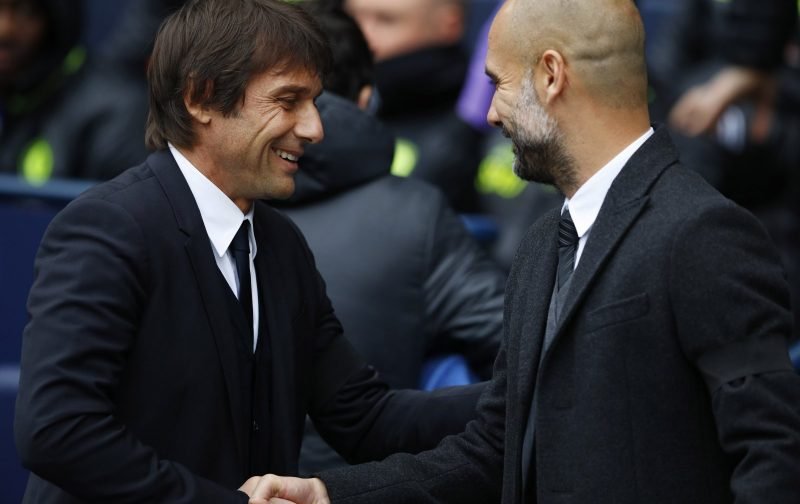 Premier League leaders Chelsea will hope to bounce back from Saturday’s defeat to Crystal Palace by beating Manchester City on Wednesday (8pm kick-off).

The Blues suffered just their fourth loss of the campaign at the hands of Sam Allardyce’s men at the weekend, and coupled with Tottenham winning 2-0 at Burnley, it means that the gap at the top is down to just seven points with nine games of the season remaining.

Conte’s men are still very much in the driving seat, but they cannot afford another slip up against Pep Guardiola’s City on Wednesday night.

The Citizens picked up a third successive league draw following their 2-2 draw at Arsenal on Sunday, a result which saw them slip to fourth in the division, and thus fail to take advantage of Chelsea’s surprise loss.

They are 11 points behind Conte’s men going into Wednesday’s encounter, so the title looks beyond Guardiola and his side this term, but victory at Stamford Bridge would certainly help them solidify their place in the top four, as well as put down a marker ahead of the FA Cup semi-finals later this month.

So, with the build-up well underway ahead of Wednesday’s encounter, we at Shoot! have selected our ultimate Chelsea-Manchester City five-a-side team from those players available for selection on Wednesday evening…