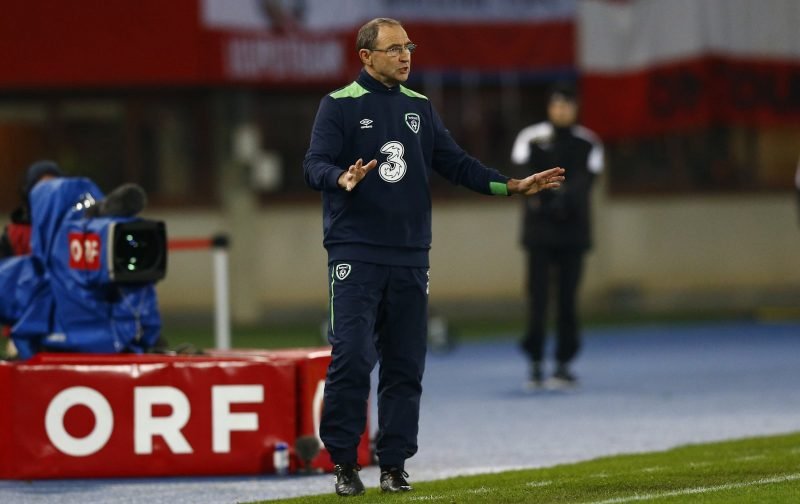 Republic of Ireland host Wales in a 2018 World Cup qualifier on Friday night (7.45pm kick-off) with both sides looking to maintain their unbeaten start to qualification.

Martin O’Neill’s Ireland currently top Group D with three wins and a draw from their four games, with an opening game draw with Serbia followed by impressive victories over Georgia, Moldova, and Austria.

It means that they are two points ahead of second place Serbia going into the next round of matches this weekend, although they know that it won’t be easy against Chris Coleman’s Wales, who of course made it to the semi-finals of Euro 2016 last summer.

Nonetheless, Coleman’s side have made a sluggish start to qualification this time round, with a 4-0 victory over Moldova in gameweek one followed by three successive draws, with Austria, Georgia, and Serbia all taking points off the Welsh.

Both teams know that they cannot afford to lose this one, especially Wales, who would fall seven points behind the Irish with just five games to go with defeat in Dublin.

So, with the build-up well underway ahead of Friday’s clash, we at Shoot! have selected our ultimate Republic of Ireland-Wales six-a-side team from the squads selected for Friday’s encounter…