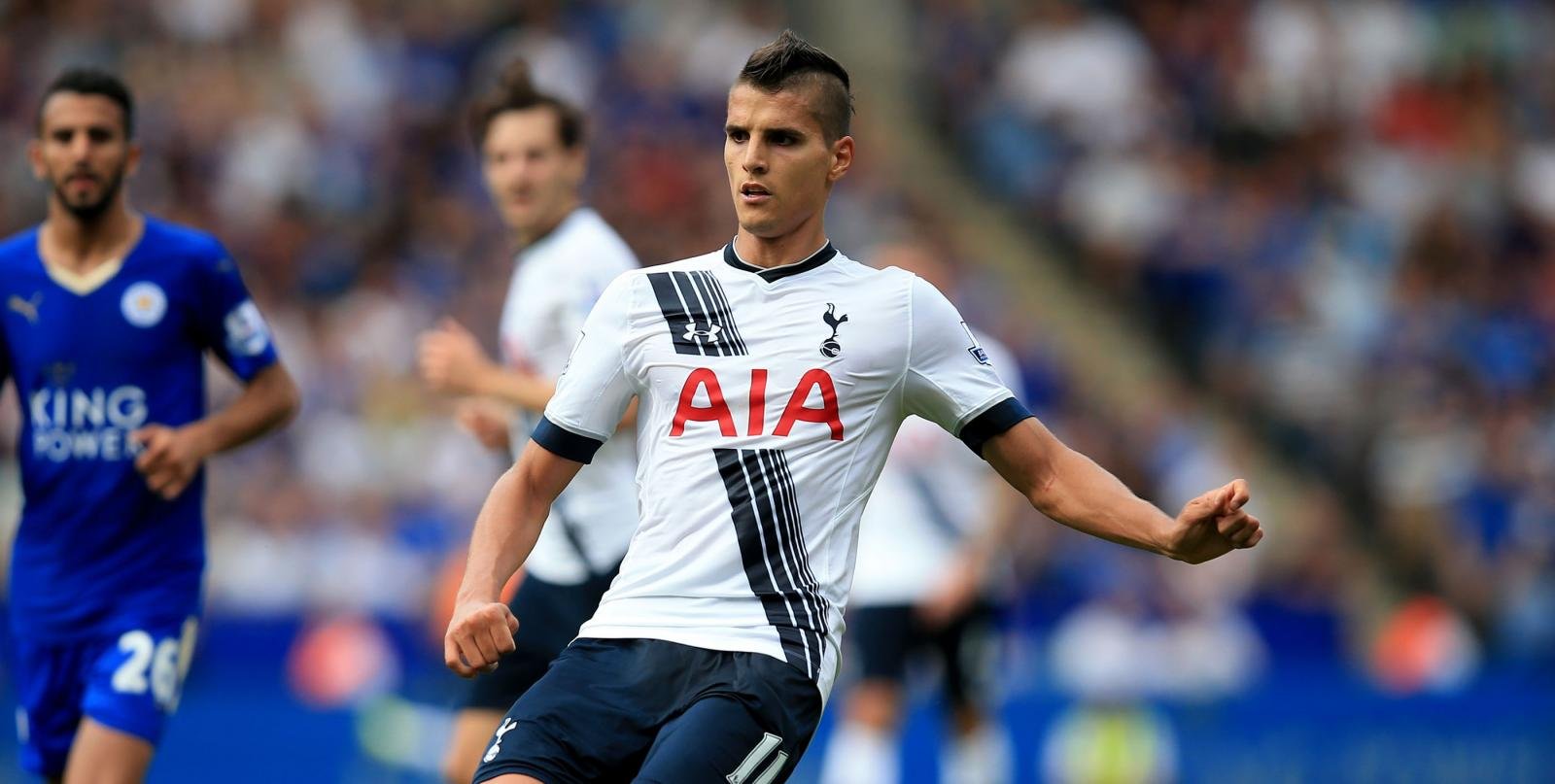 Two points from three games isn’t exactly the start Spurs fans had been hoping for.

A tricky away fixture and subsequent loss against Man Utd to start with can be forgiven but to throw away a two–goal lead against Stoke and then surrender a lead within a minute against Leicester is unacceptable.

The fact that we’ve gone into the season with one legitimate striker is rather daft really, and I know it’s difficult to get deals done early as other teams won’t sell their players until they can sign a replacement, but when Harry Kane came off injured with half an hour still to go against Stoke, alarm bells started ringing.

Sure we were 2-0 up at the time, but when Erik Lamela was introduced, we completely lost our shape and our impetus. I’ve felt for a long time now that he has been struggling to adapt, and that he’s had MORE than enough chances. Going forward with the ball, he’ll more often than not lose possession, and when we’re attacking I certainly think he can be guilty of ‘hiding’ or going missing. Defensively he offers nothing either, and when Stoke brought on Stephen Ireland to play on that side, he had all the time and space to affect the game.

It just hasn’t happened for Lamela and I wish the manager would stop persisting with him. Time and time again he’s been given chances and time and time again he’s failed to deliver. More often than not it’s like playing with 10 men. What’s happened to Andros Townsend? I know he’s not the greatest player to ever pull on the shirt, but AT LEAST he’s got pace on his side. I’d much sooner have him on the bench than Lamela. Hell, I’d probably sooner have Emmanuel Adebayor on the bench than him!

But Lamela was brought on against Stoke and immediately this gave them the momentum. Chadli switched to a central strikers role which isn’t his natural game, to accommodate Lamela out on the right. But he just offers nothing, no key passes, no crosses, no tracking back, just backwards passes and unsuccessful dribbles.

Maybe I’m being harsh, but he cost £30 million! It’s just so frustrating to see him fail over and over and to be honest, I’ve had enough. We needed to protect that two-goal lead and if I were in charge, I’d have brought on Trippier on that side and pushed Walker further forward. Walker is decent going forward and has pace to hit them on the break. Plus, he’s obviously a right-back by trade so would’ve helped defensively.

Maybe I’m being a bit unfair to Stoke as well. It wasn’t as if they didn’t have chances to get back into the game before Kane went off, and they did play well. On chances created a draw was probably a fair result. It was just so gutting to throw away a two-goal lead the way we did.

What little creativity we’d shown in the first two games was non-existent in the Leicester game due to Christian Eriksen being injured. Lamela started in his place and it wasn’t until he was subbed for Dele Alli that we actually looked any good (we still didn’t look good but improved slightly).

It is a worrying time at Spurs at the moment and although we are only three games in we could REALLY do with a win against Everton. Maybe we should start by dropping the £30 million flop altogether.

* Lamela is reportedly in talks with Inter but this blog was written before that story broke.