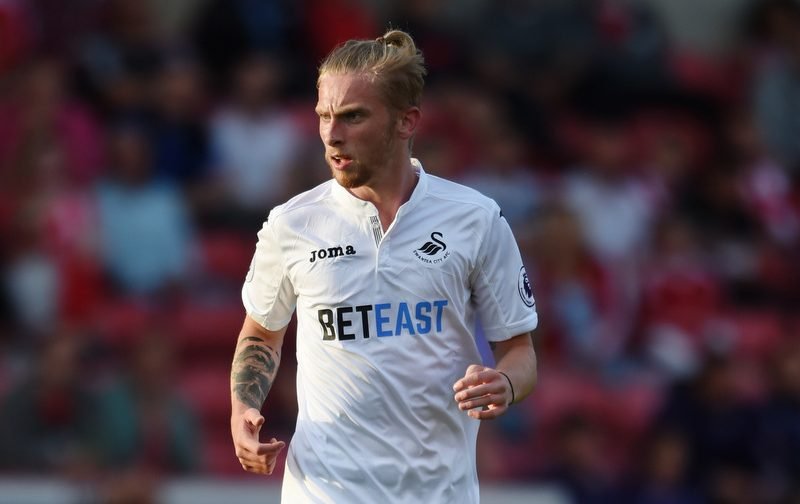 Having already showcased the talents of Tottenham talent Samuel Shashoua, today we turn our attentions to fellow youngster Oliver McBurnie, who has broken onto the Premier League stage this season.

The 20-year-old Scotsman plays for Swansea City, predominately in their Under-23 side.

He has made numerous appearances for the senior side; with his most prolific match being against Peterborough United in the EFL Cup. McBurnie netted two goals and set up the other in the first-half before being substituted early in the second.

The gifted striker has been on fire this season, fronting a Swansea attack that has been prolific to say the least. An interesting contrast to the senior team’s attacking prowess.

McBurnie is becoming one of the best talents in the Premier League 2 Second Division and will be a bright star for Swansea in seasons to come.

Although someone at Swansea City should advise him on how to pull up football socks!

Shoot! reveals why McBurnie is becoming such a prolific striker…