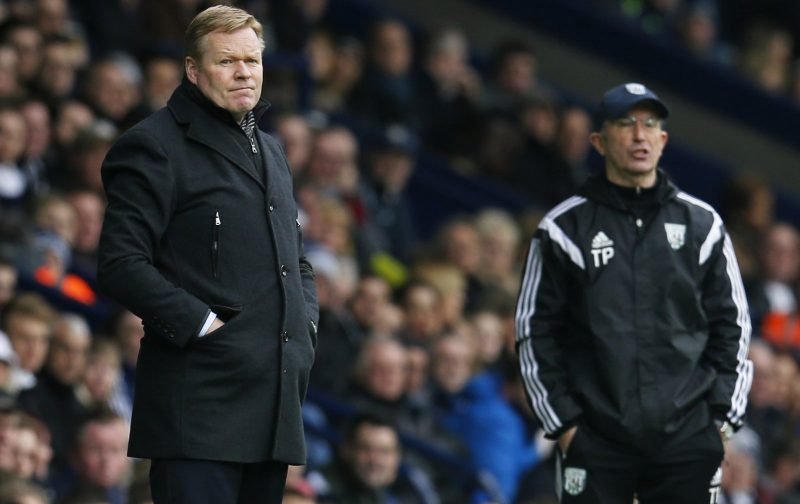 Ronald Koeman’s Everton host West Brom at Goodison Park on Saturday as both sides look to cut the gap to the Premier League’s top six.

The Toffees are seventh in the division and five points behind sixth place Manchester United after a run of six league wins in ten matches, although they did lose their last match 3-2 at Tottenham to end their nine-game unbeaten streak.

Nonetheless, Koeman’s men have lost just once at Goodison Park this season, 1-0 to Merseyside rivals Liverpool on December 19, and will be confident of recording a 13th victory of the campaign on Saturday.

However, Tony Pulis’ West Brom are just a place and four points behind the Toffees having won 11 of their 27 Premier League games this season, but they also go into Saturday’s clash off the back of a defeat, having lost 2-0 at home to Crystal Palace last weekend.

Yet with just one defeat in their preceding eight league matches, the Baggies will also be confident going into Saturday’s encounter, which should make for a fascinating afternoon on Merseyside.

With the build-up well underway ahead of Saturday’s game, we’ve analysed the THREE key battles which could decide the outcome at Goodison Park…