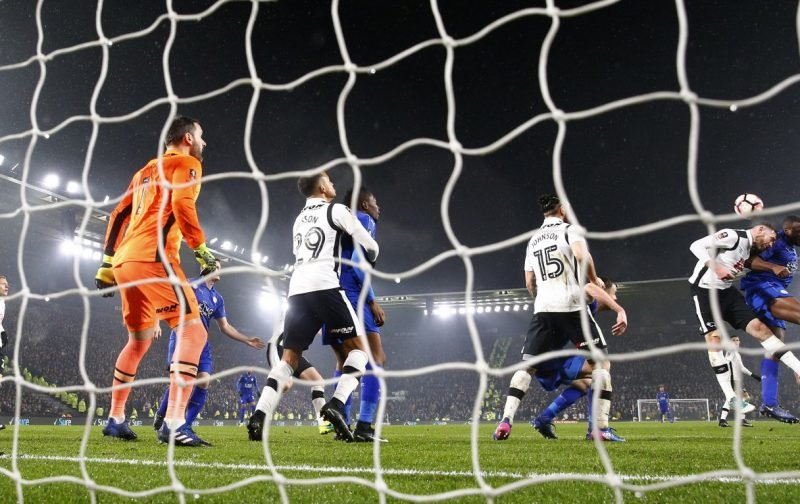 Premier League champions Leicester will turn their attentions to the FA Cup this evening when they host Derby in a fourth round replay (7.45pm kick-off).

The two sides produced an entertaining 2-2 draw at the iPro Stadium back on January 27, with Wes Morgan’s late header salvaging a replay for the Foxes after goals from Darren Bent, who had earlier scored a bizarre own goal, and Craig Bryson put Steve McClaren’s men ahead.

However, both sides go into tonight’s clash having lost their last league game, with Leicester going down 3-0 at home to Manchester United to leave them 16th in the Premier League, and just a point clear of the bottom three.

Derby on the other hand battled but lost 1-0 at Championship leaders Newcastle United on Saturday, which leaves them in eighth place and two points off the top six.

Yet, both teams can put their recent league disappointments behind them at the King Power Stadium this evening, as a trip to Millwall in the fifth round is up for grabs for whichever side comes out on top tonight.

In what should be an entertaining encounter this evening, we’ve analysed the THREE key battles that could go someway to determining the outcome at the King Power Stadium…