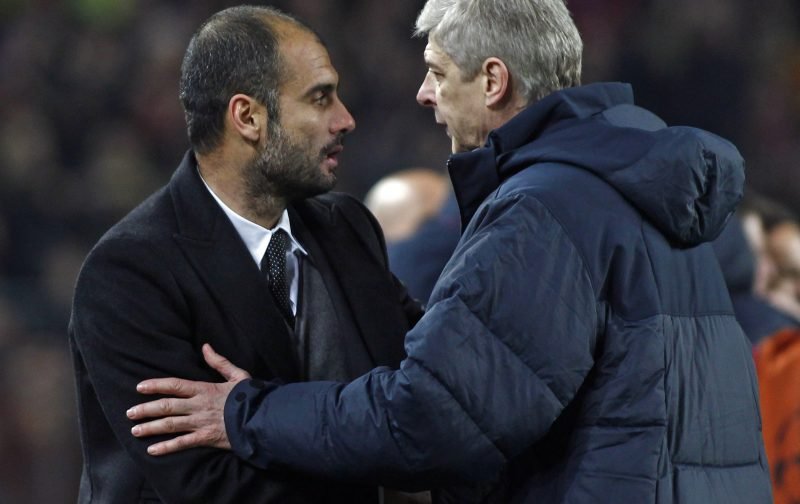 Pep Guardiola’s City picked up a vital 2-0 win over Watford in midweek to end a run of four home league games without a victory, while Arsene Wenger’s Gunners lost for just the second time this season when they went down 2-1 at Everton on Tuesday.

Consequently, there is just one point separating the two sides ahead of this afternoon’s encounter, with Wenger’s men third in the table, a place ahead of Guardiola’s side.

The Gunners go into this one off the back of that frustrating defeat at Goodison Park on Tuesday, but prior to that they had won five and drawn twice on the road this season, scoring 18 goals in the process.

Thus, they’ll hope to get back to winning ways at the Etihad today, although City have only lost to Chelsea at home this season, albeit that was only a few weeks ago.

Nonetheless, it is sure to be an exciting encounter in Manchester this afternoon, so here are THREE key battles that may well decide the outcome later on today…