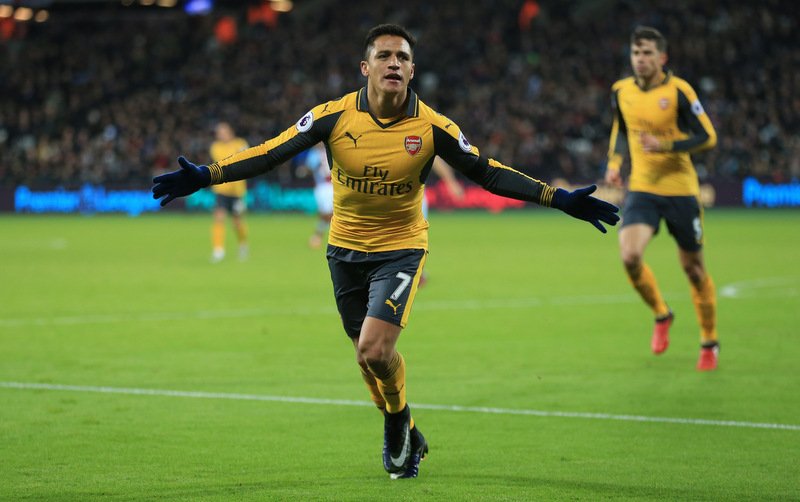 Alexis Sanchez is one of the most in-form forwards in the Premier League at present, and netted his 12th goal of the campaign away at Everton on Tuesday night.

Add that to his incredible hat-trick away at West Ham a few weeks back, and a brace at Sunderland in October, and the Chilean has scored six goals in his last four away Premier League matches.

And the man tasked with keeping the 27-year-old quiet is Nicolas Otamendi, who has produced some brilliant and some not so brilliant displays at the back for City this season.

Up until the Chelsea game, the Argentine was arguably their best defender of the campaign, with the 28-year-old less rash and more controlled in his defending, yet he was significantly below par against the Blues, and in turn picked up his fifth yellow card of the season to earn a one-match suspension.

However, he was part of the City defence that kept a clean sheet against Watford on Wednesday, and with Arsenal likely to play Sanchez up top once again, it will be up to Otamendi to keep him well marshalled throughout the contest, otherwise City could be in for a long afternoon.