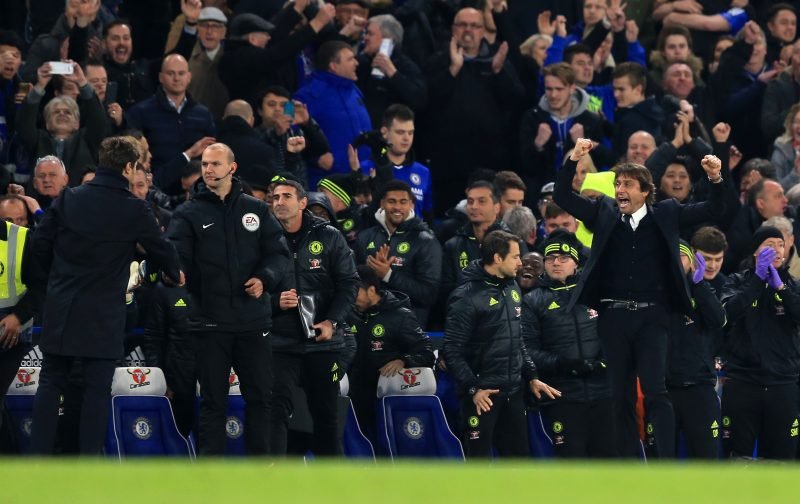 Tottenham host Premier League leaders Chelsea on Wednesday night (8pm kick-off) as the Blues look to become the first side to win 14 successive league games in a single season.

Antonio Conte’s side have won 13 games on the spin since their 3-0 defeat at Arsenal back on September 24, with the likes of Manchester City, Manchester United, and Spurs all coming unstuck by the Blues in recent months.

However, Mauricio Pochettino’s Tottenham have won their last four league games and have yet to taste defeat at White Hart Lane this season, having won seven of their nine home matches this term.

Spurs comfortably swept aside Watford 4-1 on New Year’s Day to kick-off 2017, and they’ll go into Wednesday’s encounter hoping to be the first side to beat Conte’s men since the Italian switched to a back three.

Nonetheless, no side has picked up more points on the road this season than Chelsea, with their tally of 22 points one better than title rivals City and Liverpool.

The Blues could become the first side to win 14 games in a row in one season by picking up the three points in North London on Wednesday, yet Spurs will feel confident of ending one of the best winning streaks in the Premier League era.

In what is likely to be a fascinating battle at White Hart Lane, here are the THREE key battles which could determine the outcome on Wednesday night…